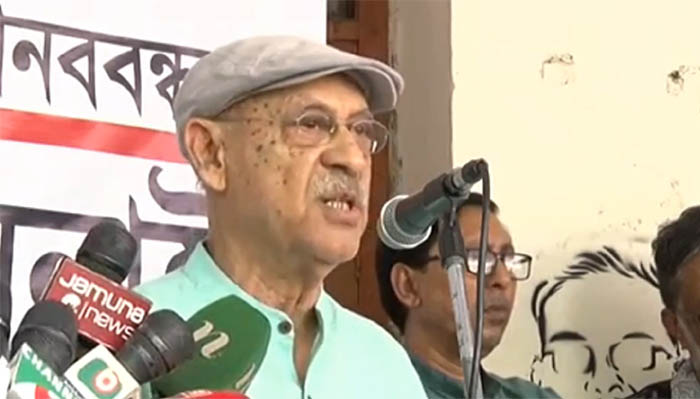 Noted stage and television actor Abul Hayat expressed his solidarity with the demands of the protesting students of Bangladesh University of Engineering and Technology (BUET).

Joining in a rally and human chain programme on BUET campus on Wednesday the Ekushey Padak winner said no one could ever think about such brutal killing at an institution like BUET. He termed students, who involved in Abrar’s murder, monsters.

“A human being never can do such heinous incident, they, who did this, are not human rather turn into monsters,” said Abul Hayat a former student of BUET.

The students of BUET have been protesting to press their 8-point demand after the brutal killing of Abrar Fahad, a second year student of the EEE department of the varsity.

Abul Hayat, a writer, and a civil engineer, who earned Bangladesh National Film Award for Best Supporting Actor for the film Daruchini Dwip and was awarded Ekushey Padak for his writing in 2015 by the Government of Bangladesh, was addressing the protesting students.

In his speech, the actor bemoaned the long absence of the Vice-Chancellor Prof Dr Saiful Islam. He questioned how could he (the VC) keep him away from such a pathetic situation? Is he not the guardian of all students of BUET?