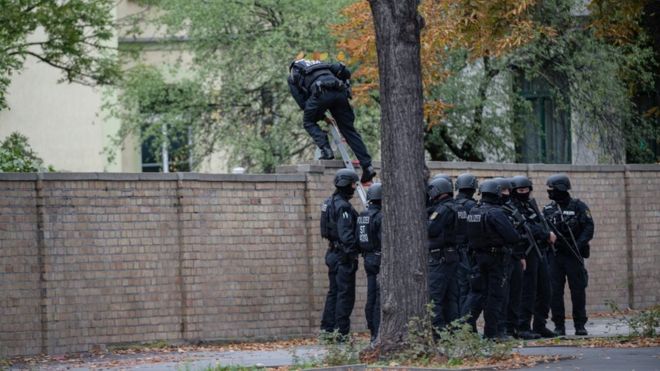 At least two people have been killed and two others injured in shootings at a kebab shop and near a synagogue in the east German city of Halle.

One person was arrested, but police believe at least one other may have fled the area in a vehicle.

Reports suggest there was also a shooting incident in Landsberg, some 15km (9 miles) east of Halle.

The situation remains unclear and local residents in both areas have been told to stay inside their homes.

German federal prosecutors have said they are taking over the investigation because of the "particular importance of the case".