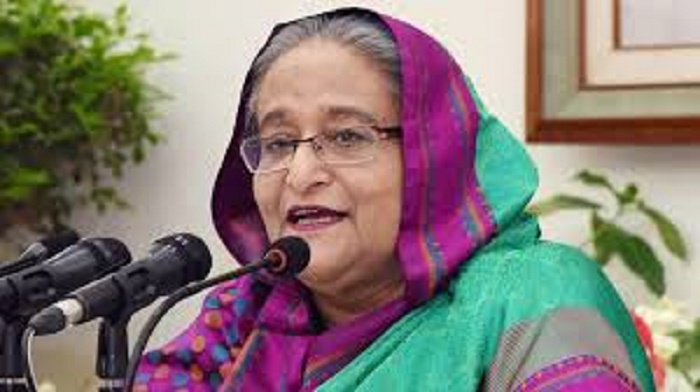 Prime Minister Sheikh Hasina is holding a press conference to brief media about her recent visits to the United Nations and India.

The press conference began at 3:30pm today (Wednesday) at her official residence Ganabhaban in the capital.

Wrapping up her eight-day visit to the USA, the premier returned home on October 1 after attending the 74th session of the United Nations General Assembly (UNGA).

During her visit in New York, Sheikh Hasina delivered her speech at the UNGA in Bangla.

She exchanged pleasantries with US President Donald Trump and held a meeting with UN Secretary General António Guterres.

After her visit to USA, Sheikh Hasina went to India on a four-day official tour. She attended the India Economic Summit organised by the World Economic Forum as chief guest on October 4.