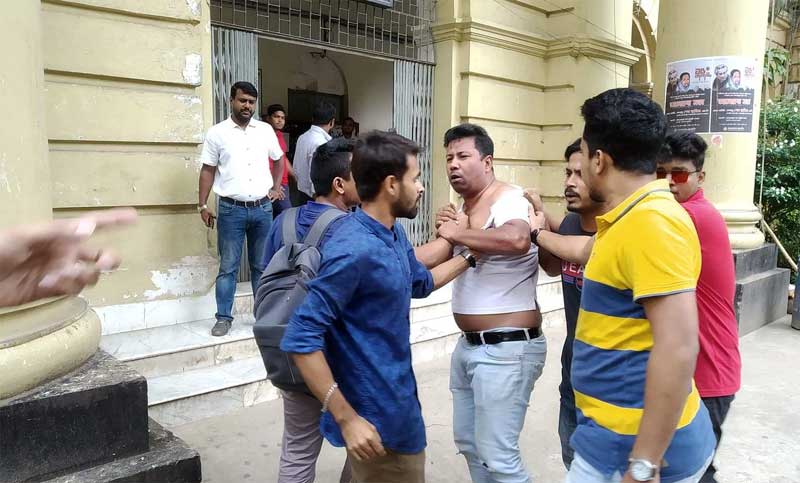 At least six leaders and activists of Jatiyatabadi Chhatra Dal (JCD) of Jagannath University (JnU) were injured in an alleged attack by Chhatra League activists on the campus on Wednesday.

The BCL, the ruling party student wing, JnU unit attacked the JCD, a pro-BNP student organisation, when they brought out a procession on the campus this morning, demanding punishment of Abrar Fahad's killers.

After incident, the injured were taken to Dhaka National Medical College from where three were release after giving primary treatment.

The rest three -- Nahid, Ali and Sharif -- were taken to Islami Bank Hospital for better treatment as their condition said to be critical.

Abrar, a second-year student of Electrical and Electronic Engineering department of Buet, died after he was beaten allegedly by some Chhatra League men brutally at a dormitory of the university between 7:00 pm Sunday and 2:30 am on Monday.

The incident triggered a firestorm of protests on campuses across the country. Many took to social media to demand justice for Abrar.

Law enforcers suspect, Abrar was attacked because of one of his recent Facebook posts, which seemed to be critical of some recent deals with India.