Trying to give children a better life, bright future: PM 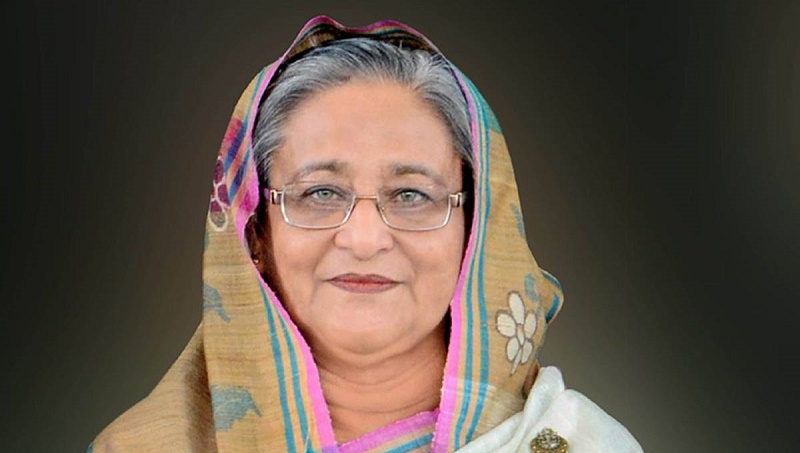 Prime Minister Sheikh Hasina on Wednesday said the government’s goal is to ensure healthy environment for the children so that they can get improved life and bright future.

“We want that our children will get a decent and improved life and a bright future, which will be free from ill-impacts of terrorism, militancy, drug and corruption. It’s our goal,” she said.

She was speaking at the inauguration of the World Children Day and Children Rights Week 2019 at Bangladesh Shishu Academy auditorium in the city.

“We want the mentality of our children to flourish further and that they’ll develop themselves in a nicer manner,” she said.

Alongside education, she put emphasis on sports and physical exercise of the children for proper development.

Mini-stadiums are being constructed in every upazila to promote sports, she said, adding that the children are also brining many international awards by participating in sporting events in foreign lands.

Mentioning that girls are doing better than boys, the Prime Minister asked boys to focus more on sports and education.

She said the children should build themselves up imbued in the ideology of the Father of Nation and take lessons from his dedication for a nation and a country.

Noting that her government wants to ensure a good future for the children, she questioned why the country would go back when the world is moving forward.

The Prime Minister said a huge amount of time was wasted as Bangladesh could not move forward after the assassination of the Father of the Nation on August15, 1975.

“Those who didn’t want independence but came to power didn’t allow the country to go forward,” she said, noting that Bangladesh has regained its dignity as Awami League has been in power for 11 consecutive years.

She said the country restarted its journey towards progress when Awami League returned to power.

“Since we’ve been in power for 11 years in a row, Bangladesh has today got back its lost dignity in the world arena, which had been earned through the victory in the great Liberation War,” she said, adding that Bangladesh will have to be go ahead retaining this dignity.

Ministry of Women and Children Affairs and Bangladesh Shishu Academy have taken various progammes to celebrate the week (from October 7 to 14) across the country.

The theme of the Children’s Day and Child Rights Week-2019 is, “Today’s children will bring light and keep the world good”.