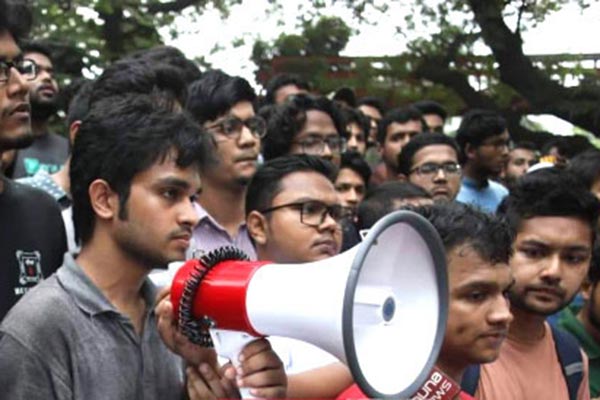 The students of Bangladesh University of Engineering and Technology (BUET) on Wednesday demanded a complete ban on politics on the campus within the next seven days.

The protesting student came up with the ultimatum giving the authorities until October 15 to ensure the ban following a silent procession on the campus this morning.

They placed a fresh 10-point demand which also included capital punishment to the killers, expulsion of all the accused from the university.

The students and teachers of BUET have been protesting on the campus since the brutal murder of their fellow Abrar Fahadon Monday.