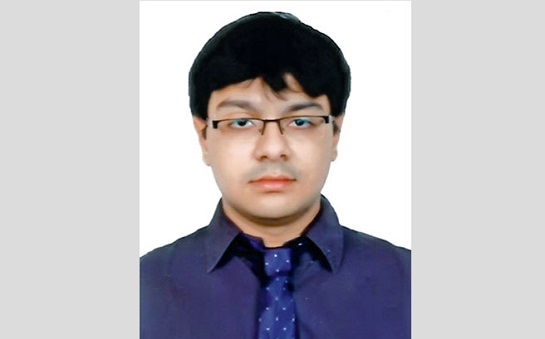 Road accidents are a major problem in Bangladesh. In 2018, 4,580 people died from accidents on the roads. Additionally, in the last year, a total of 10,828 people suffered from injuries caused by vehicular accidents in the country. Careless driving, a general disregard for traffic safety rules, damaged roads, and incompetent drivers have made the nation’s roads and highways a very dangerous place. It is for this reason that solutions must be identified and implemented to minimise accidents on the roads.

The government should monitor vehicles on roads and highways more strictly and enforce harsher punishments for traffic violations. Any form of reckless driving, driving over the speed limit, changing lanes without signaling, and other road offenses should be stopped immediately by law enforcement and heavy fines, suspensions of the drivers’ licenses, and even arrests ought to be made for such actions. Stricter punishments will discourage drivers from breaking traffic rules, creating a safer driving environment. A clear message must be sent to the public that there will be no compromise when it comes to road safety.

Individuals can obtain drivers’ licenses in Bangladesh without much difficulty. Bribes can be offered to pass driving exams which are required for licenses. Moreover, the tests that need to be passed are simple and do not effectively test a person’s ability to drive. This has resulted in a large number of incompetent drivers who are driving motor vehicles, both light and heavy, throughout the country. Many drivers also have not developed the necessary skills which are required for operating a motor vehicle safely since they did not need to learn them to get a license. The government should take steps to rid or minimise corruption in the process of issuing drivers’ licenses. Furthermore, it must make the mandatory driving tests that are required for licenses more rigorous and comprehensive. This will stop the flow of poor-quality drivers arriving on the driving scene.

A significant number of roads and streets of the country are in a poor state. This makes it more likely for drivers to lose control of vehicles and get involved in accidents. The state should increase its expenditure in improving road quality so that these accidents do not occur. The authorities should monitor and maintain the quality of roads continually.

A nation-wide awareness campaign should be organised and implemented by the government in collaboration with development organisations, and corporations about the necessity of road safety. This will inspire the country’s citizens to obey traffic laws more sincerely, understand the need to develop proper driving skills before driving a motor vehicle, not provide opportunities to incompetent drivers to drive, and drive more cautiously both within the cities and towns and on highways. The campaign should be delivered to the public through print, television, radio, and online media so that a substantial portion of the population can be reached.

Bus and truck drivers in Bangladesh often tend to be over-worked. They have to work long shifts and the substandard road conditions of the country make them exhausted very frequently. This makes them more prone to causing road accidents. Laws must be passed to prevent owners of buses and trucks from making drivers drive for long periods without breaks. If necessary, the owners must be made to hire more drivers to ease the pressure on the existing drivers.

Many vehicles, especially buses and trucks, in the country are in very poor conditions. This makes it particularly difficult for drivers to drive these vehicles as they frequently lose control of them while driving. Difficulty in maneuvering a vehicle severely compromises a driver’s ability to drive safely. The state authorities should monitor such vehicles very strictly and not allow vehicles which do not meet certain standards to operate on roads. Bus and truck companies must be held accountable if they do not maintain the quality of their vehicles and permit poor quality buses and trucks to be driven. Cars can also be subjected to regular tests to ensure that they are in a sufficiently good state to be driven. This system of “quality control” will make Bangladeshi roads considerably less hazardous.

During the two biggest festivals of the country, Eid-ul-Fitr and Eid-ul-Azha, many accidents occur. This is because a huge number of people living in the cities travel back to their hometowns or villages, and the pressure on road transport increases significantly to ensure that everyone can go back home. Bus drivers drive at high speeds and very recklessly to complete all the required shifts during the festival season. This leads to many accidents, some of which are devastating. The authorities should compel the owners of bus companies to deploy more buses and hire more drivers during such periods to ease the pressure. The law enforcement agencies should also more strictly monitor and, if necessary, punish bus companies which overwork drivers during the time of Eid. Additionally, speeding and any other form of reckless driving must be monitored more carefully during the time of the two major festivals. Furthermore, passengers should, under no circumstances, be allowed to sit on the roofs of vehicles while traveling back home as this severely compromises their safety.

The government can also make a central database of every driver’s driving history. All traffic violations will be recorded, and a points-system will be made. The more traffic violations a driver makes, the more points he will lose. There will be different limits of points which will carry different penalties for the violator. The penalties will be anything from fines to complete suspensions of driver’s licenses. This system will make drivers more cautious on the road and more aware of traffic laws, resulting in a lower number of accidents.

The prevention of road accidents is a major challenge for Bangladesh and the nation continues to suffer significantly from deaths, injuries, traffic congestion, and damaged vehicles due to them. However, if adequate steps are taken by the government, transport companies, and the general public, then road safety can be improved to a large extent. Safe roads are a necessity for the nation as they help protect the lives of individuals, prevent unnecessary injuries, damages, and expenses, and ensure a smoother flow of traffic.

The writer is an adjunct faculty member at North South University.