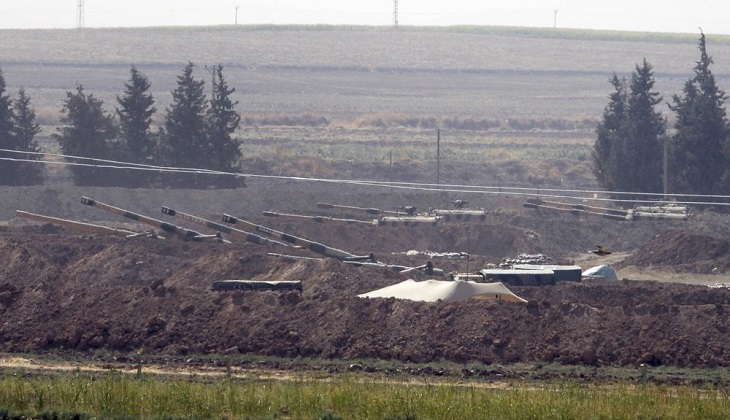 In this Sunday, Oct. 6, 2019 photo, Turkish forces artillery pieces are seen on their new positions near the border with Syria in Sanliurfa province, Turkey. Photo: AP

Iran is urging Turkey no to go ahead with an attack on Syrian Kurds following President Donald Trump's decision to abandon the Kurdish fighters ahead of the expected Turkish incursion into northeastern Syria.

Iran, Turkey and Russia have been working together as part of the so-called Astana group on the Syrian civil war, talks that have run parallel to U.N. efforts to find a solution to the conflict.

Trump this week declared that U.S. troops will step aside for an expected Turkish attack on the Syrian Kurds, longtime U.S. allies against the Islamic State group.