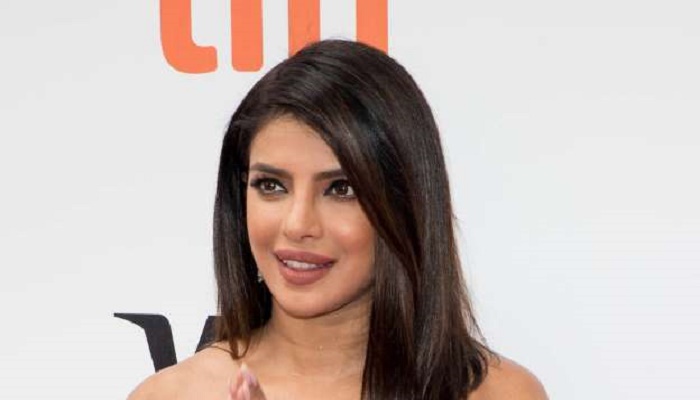 Bollywood actor Priyanka Chopra has been on the promotional spree of her upcoming film The Sky Is Pink along with co-actors Farhan Akhtar and Rohit Saraf.

In one such interview with a British newspaper, Metro, the 37-year-old confessed that she would love to take on the role of James Bond.

The debate of a female James Bond has been ongoing for quite some time now, especially after Daniel Craig’s last and final 007 franchise No Time To Die was announced.

Priyanka revealed that she was ” desperate to see a female bond” quoted Metro, reports The Statesman.

“I’ve always been keen on (playing James Bond) but I can’t put myself into the race obviously. I think, in my lifetime it would be amazing to have a female Bond. Whether that’s me or someone else, it’s something I would love to see,” she added.

The Quantico star stated that it would be amazing to see a female bond in her lifetime.

Makers of the 25th Bond movie No Time To Die shared the film’s official first look poster on social media recently, which further triggered the debate once again.

No Time To Die is rumoured to be Craig’s fifth and final outing in the role.

On the other hand, Priyanka is gearing up for the release of her next The Sky Is Pink, which is slated to hit screens on October 11.