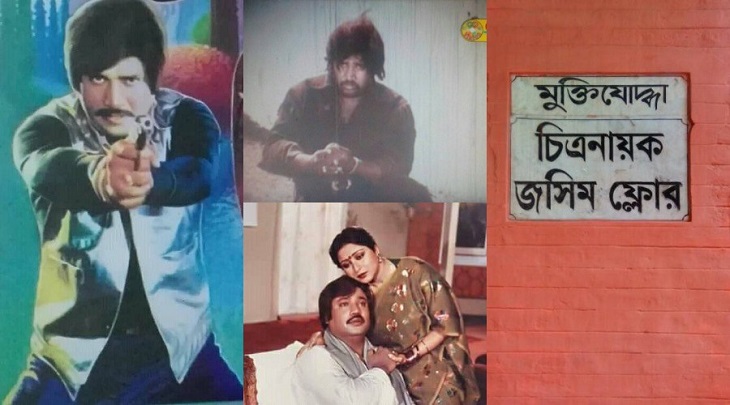 Actor Jashim was one of the brightest stars of Bangla film industry. He has gifted many popular cinemas to the Dhallywood. Today marks the 21st death anniversary of the famous hero Jashim.

Abul Khayer Jashim Uddin died from a brain haemorrhage on October 8, 1998. His acting career is glorious and known as the first action hero of Dhallywood.

Alongside his acting, he was also a producer, fight director and a freedom fighter. He fought in the liberation war under the command of Major Haider in sector two.

His debut film is Dewan Nazrul’s Dost Dushmon which was released in 1973. He got a huge popularity from acting as Gabbar Singh’s role in this remake of Bollywood blockbuster hit film ‘Sholay.’ He was a superhit villain in the Dhallywood film industry for a long time. His hit films starring in a negative role includes Rongbaj, Raj Dulari, Dost Dushmon, Tufan, Jobab, Nag Nagini, Bodla, Barud, Shundori, Koshai, Lalu Mastan, Nababjada, Meyerao Manush and more.

Jashim’s debut as a hero from a villain came in Delowar Jahan Jhontu’s film Shobuj Shathi. His hit films as a hero were Poribar, Buker Dhon, Shami Keno Ashami, Lal Golap, Tiger, Habildar and many more. Jashim acted in more than 200 films and introduced a new sort of fighting sequence in Dhallywood movies.

The famous hero was born on August 14, 1950 in Keraniganj of Dhaka. He was an BA graduate.