Five things to know about the Nobel Literature Prize 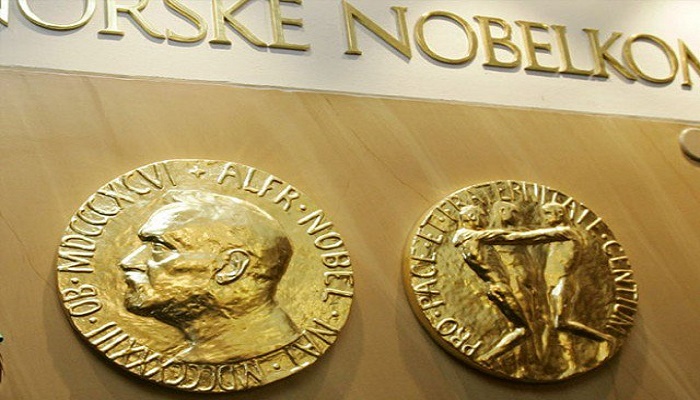 The Swedish Academy will on Thursday crown two Nobel literature laureates after postponing the 2018 prize for a year to deal with the fallout of a sexual harassment scandal that rocked the venerable institution.

Here are five things to know about the Nobel Literature Prize.

Each year, the Swedish Academy awards 16 prizes, the most famous and prestigious being the Nobel Literature Prize.

In his 1895 last will and testament, Swedish scientist and philanthropist Alfred Nobel tasked the institution with awarding the Nobel Literature Prize each year.

Since 1901, four or five of the Academy’s 18 members have been elected to serve on its Nobel Committee for a three-year term, designated to sort through the nominations and provide the rest of the Academy with a shortlist of possible winners.

The nominees’ bodies of work are then studied and discussed by the entire Academy. The members hold a vote in October to choose the winner — the laureate must obtain more than half of the votes cast.

Following last year’s scandal, the Nobel Foundation that funds the Nobel Prizes insisted that five external people also join the Nobel Committee for at least 2019 and 2020.

The Academy’s archives are bursting with letters from the world’s most renowned literary figures nominating candidates.

Each year, the institution receives around 350 nominations submitted by those eligible to do so: former Nobel literature laureates, members of other countries’ equivalent academies, literature professors, and the heads of national writers’ associations.

Each one vaunts the talents of their candidate, some going so far as to slip in a little gift for Academy members … a gesture they typically frown upon.

To be valid, nominations must be presented or renewed each year, and must be received by the Academy by January 31 at the latest.

To qualify, nominees must still be alive, and, according to the strict rules laid out by Alfred Nobel, must have published a piece of work within the past year, though the Academy has occasionally strayed from that requirement.

A total of 114 people have won the Nobel Literature Prize. The prize has been awarded on 110 occasions, with two people sharing the prize on four occasions. It has also been declined twice: In 1958 Russian author Boris Pasternak accepted the prize but was later forced by Soviet authorities to decline it, and in 1964, French philosopher Jean-Paul Sartre turned it down.

On six of those occasions, the prize was delayed then awarded at the same time as the following year’s prize, as is the case on Thursday.

France takes the gold medal for the most Nobel Literature Prizes with 15 laureates, including the first one ever awarded, to Sully Prudhomme in 1901.

Tied in second place are the United States and Britain with 12 laureates each, including last year’s winner, Japanese-born British author Kazuo Ishiguro, author of “Remains of the Day” and “Never Let Me Go”.

In terms of languages, however, laureates writing in Moliere’s tongue find themselves outnumbered by those writing in Shakespeare’s, with 29 anglophone authors honoured since 1901.

The Academy has been rocked by several affairs in modern times.

In the name of the “independence of literature”, the Swedish Academy refused to condemn a 1989 fatwa against British author Salman Rushdie following the publication of his novel, “The Satanic Verses”.

Academy members were divided about whether to stand as neutral guarantors of the arts, or as supporters of their fellow author.

Three members angered by the Academy’s chosen path of silence left their seats, though technically they were appointed for life and could not resign.

It was not until 27 years later, in 2016, that the Academy finally condemned the fatwa against Rushdie.

Then, in late 2017 and early 2018, it disagreed publicly about how to manage its close ties to Frenchman Jean-Claude Arnault, accused and later convicted of rape.

Arnault is married to Katarina Frostenson, a member of the Academy who later resigned over the scandal.

The rift exposed scheming, conflicts of interest, harassment and a culture of silence among members, leaving the Academy in disarray and forcing it to postpone the 2018 prize.

The Academy’s statutes have since been revised to increase transparency and allow members to resign.

Seven members quit the Academy in 2018 and have since been replaced.