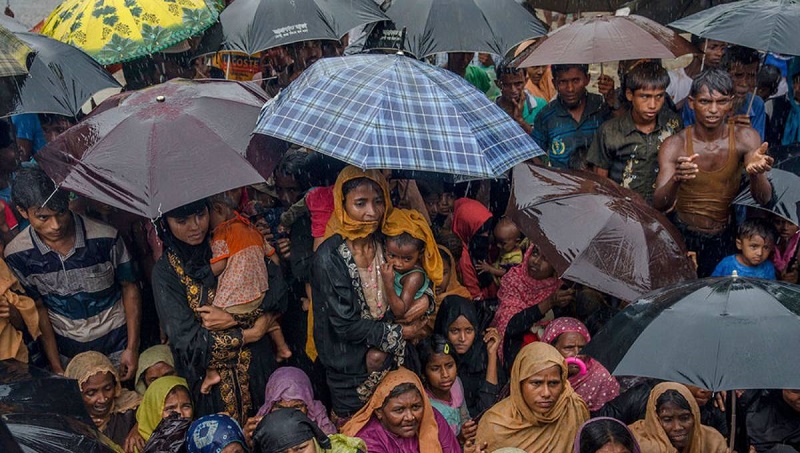 “Without these, we risk a deepening of the exclusion that already affects the lives of millions of people. This is why a redoubling of effort has become crucially needed,” he said.

Bangladesh is hosting over 1.1 million Rohingyas, most of them entered Cox’s Bazar since August 25, 2017 amid military crackdown on Rohingyas.

Grandi warned that recent advances in the battle to end statelessness -- a leading cause of human rights deprivation for millions of people worldwide -- were being imperiled by a rise in damaging forms of nationalism.

In Geneva ahead of the opening of UNHCR’s annual Executive Committee meeting Grandi said the growing number of countries taking action against statelessness meant the international community was nearing a point of critical mass in its efforts to stamp out statelessness for good.

“As recently as five years ago, public awareness of statelessness, and the harm it causes, was still negligible. That’s changing, and today the prospect of ending statelessness entirely has never been closer,” he said.

And yet, Grandi said, the progress is far from assured: damaging forms of nationalism, and the manipulation of anti-refugee and migrant sentiment – these are powerful currents internationally that risk putting progress into reverse.

UNHCR, the UN Refugee Agency, launched a global ‘#IBelong’ Campaign in 2014 aimed at ending statelessness by 2024.

With additional accessions and other commitments expected this week, total accessions to the first of these treaties, the 1954 Convention on the Status of Stateless Persons, could soon exceed the notable threshold of 100 countries.

In the first five years of the Campaign, more than 220,000 stateless people have now acquired a nationality, including as as a result of concerted national efforts that have been motivated by the Campaign, in places as diverse as Kyrgyzstan and Kenya, Tajikistan and Thailand.

In July this year, Kyrgyzstan became the first country in the world to announce the complete resolution of all known cases of statelessness.

Besides, since the Campaign was launched, two countries-- Madagascar and Sierra Leone- reformed their nationality laws to allow mothers to confer citizenship on their children on an equal footing with fathers.

However, 25 countries continue to make it difficult or impossible for mothers to confer citizenship on their children, one of the leading causes of statelessness globally.

As not all nationality laws contain safeguards that ensure that no child is born stateless, statelessness can also be passed down from generation to generation.

Ending all forms of discrimination in nationality laws would help the international community live up to the commitment all States made when adopting the Sustainable Development Agenda to “leave no one behind”.

Leading figures in the media, human rights, refugee and statelessness worlds joined member state representatives in Geneva in a special session of UNHCR’s Executive Committee meeting known as the High-Level Segment on Statelessness, to take stock of progress half way through the Campaign and to commit to take more action to end statelessness by 2024, says the UNHCR.

Some countries will be putting pledges into actions, by formally lodging instruments of accession to the statelessness treaties, the UNHCR says.