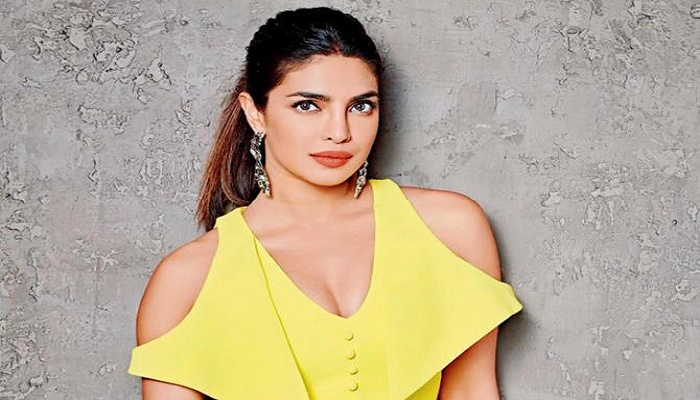 An important part of bollywood actor Priyanka Chopra Jonas's entourage is her chatarpatar team, which takes care of her cravings for snacks. PeeCee is a foodie and often longs for them while shooting.

This was revealed by PeeCee's The Sky Is Pink co-star Farhan Akhtar on the talk show, StarTruck, which is hosted by chef Shipra Khanna. PeeCee only has to call out to her team who instantly come with a tray filled with an assortment of savouries for all, reports Mid Day.

With a fit body like Priyanka's, who would've thought that the actress was a casual snacker? But it's super cool that she likes to share all her nibbles with the cast and crew!

Priyanka Chopra and her The Sky Is Pink co-stars are on a promotional spree currently. Recently, PeeCee was a guest on The Kapil Sharma Show where she revealed something fun about her husband singer Nick Jonas.

Kapil apparently asked the actress what Nick does when he meets her mother, Madhu Chopra. Does he touch her feet or blow air kisses at her, to which Priyanka quipped, "Jhon hugged my mother." Madhu Chopra, who was in the audience, seemed to heartily agree to it too!

Speaking about The Sky Is Pink, the movie stars Zaira Wasim and newcomer Rohit Saraf besides Priyanka and Farhan Akhtar.