2 countries together writing Golden Chapter of partnership, he says 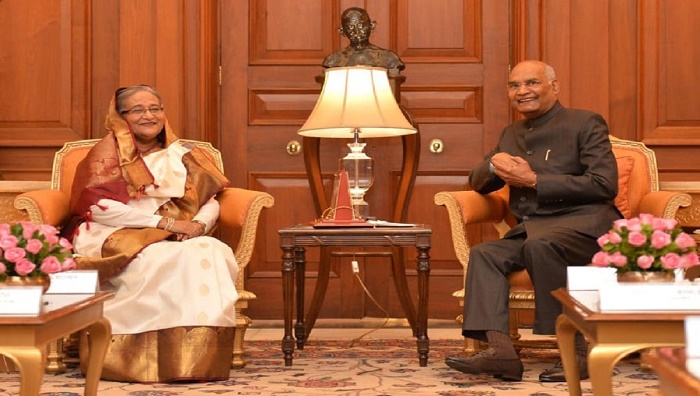 Indian President Ram Nath Kovind on Saturday said Bangladesh is a role model for developing countries as far as socio-economic development is concerned.

He said India attaches the highest priority to its ties with Bangladesh mentioning that the two countries are together writing the ‘Golden Chapter’ of their partnership.

The Indian President said the bilateral ties between the two countries are doing exceedingly well.

He said India is deeply committed to further strengthen this relationship on the basis of mutual trust and understanding, according to Press Information Bureau of India.

“Our partnership is historical, time-tested and enduring, forged in the Liberation War of 1971,” he said adding that India is honoured to be Bangladesh’s partner in this journey.

He expressed confidence that India-Bangladesh bilateral projects will create a connected and prosperous neighbourhood.

He also said their joint efforts to defeat terrorism, insurgency and violent extremism are yielding results.