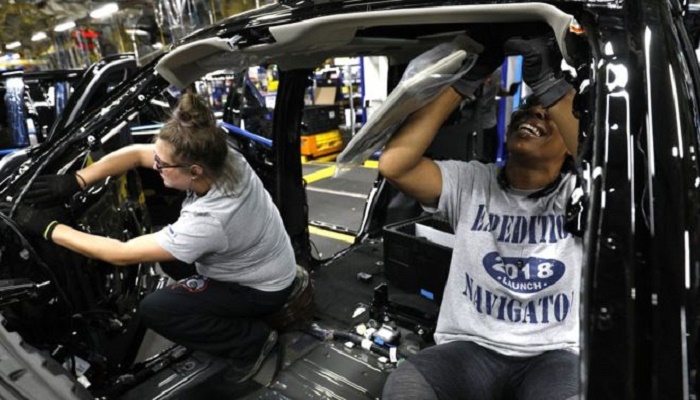 The US unemployment rate has fallen to a 50-year low, possibly easing recession worries after recent weak economic data.

The Labor Department figures showed that the rate fell to 3.5% in September from 3.7%, with the economy adding 136,000 jobs last month, reports BBC.

In addition, August data was revised up to 168,000 jobs created instead of the previously reported 130,000.

However, wage growth was unchanged and manufacturing jobs fell in September.

The report came on the heels of a string of weak economic reports, including a plunge in manufacturing activity to more than a 10-year low in September and a sharp slowdown in services industry growth to levels last seen in 2016.

There are fears that the Trump administration's 15-month trade war with China is spilling over to the rest of the US economy, which has been one of the few bright spots in a world where many other countries are experiencing marked slowdown.

Despite the continued moderate employment growth and sharp drop in the jobless rate, many economists still expect the Federal Reserve to cut interest rates at least one more time this year.