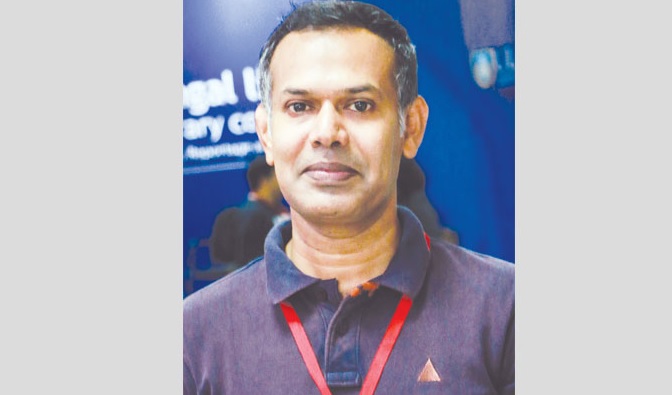 To begin with, I would like to thank you, the honourable Prime Minister, for taking a stern action against corruption which poses a big threat to the sustainability of the country’s development in terms of GDP growth and infrastructure. We can still remember your bold clear statement regarding corruption just after winning the 11th parliamentary election with an astounding majority seats and votes amid allegations of vote-stuffing. This is for the third consecutive time you have formed the government - the long serving one in Bangladesh since independence. We believe the new government has taken a policy of zero tolerance against rampant corruption because you expressed your views on zero tolerance against corruption several times after you assumed the office. However, people have already supported the crackdown on casino.

But, unfortunately we observe that despite your directives, the law enforcement agencies and the bureaucracy sometimes dillydally and act indifferently. They don’t look very serious about fighting corruption. Even we’ve seen resistance from some people within the ruling party. So, a strong political will - you’ve already shown - is imperative. You addressed a press conference at the Permanent Mission of Bangladesh to the UN in New York on Sunday (29 September 2019) and said, “I can say it [clearly] that 1/11 won’t happen again. If any irregularity takes place, I will take action; we will take action - no matter who they might be - even if they belong to my party. If I want to punish the corrupt, it will have to start from my home.”

The whole nation, except the corrupt, seems to be happy with your current action. People across the country appreciated your bold efforts and wished you good luck on your 73rd birth anniversary. The nation is now passing through a transition. At this critical juncture, our earnest request to you is: please accelerate the ongoing drive against massive corruption. It shouldn’t be limited to casino. It should include all sectors - bank, stock market, health, education, land, road & transport, Bangladesh railways & airlines, power & energy, public offices and so on. Otherwise, the unbridled corruption will eat up all development works. And the country’s economy might turn into a bottomless basket in future!

We also see criminalisation of politics and politicisation of criminals going hand in hand. Corruption has taken a deep root in every sector of the State over the years. Due to this cancer (malice), things seem to be falling apart. The State machinery hardly functions (not proactively/effectively), according to the just laws, until you - the PM - give solid directives. The ongoing “Crackdown on Casino” (drive against corruption) is in the embryonic stage. Some cats are coming out of the hidden sack or den, but many dogs (kingpins) have gone into hiding. They mustn’t be spared. And the wicked nexus between over-politicised bureaucracy and mercenary/mercantile politics needs to be severed. Otherwise, all your efforts would go abortive.

We know from the global reports that currently you are one of the most powerful prime ministers in the world. So, people believe in your capacity, capability, courage and credibility. And your resolve (determination) has clearly been communicated to the people/society. In this regard, you said, “We should be alert there is no bad effect on my party or on the society for our long stay in power. I also have to tackle this. That’s why I am conducting this drive [against corruption].” In the latest press conference you reiterated, “Some people might be unhappy with me. But I don’t care about it as I don’t have any fascination for power and wealth.” We want to salute you for hitting the most corrupt section of the society.

Due to lack of good governance, the present government has been struggling to rein in corruption for many years. And again, due to corruption, good governance is yet to be established. Only the “development paradox” will not help the country reach a point where it can ensure decent living for all citizens. We hope the government will sustain its zero-tolerance policy on corruption, sexual abuse, drugs and food adulteration. If the government holds back, people will certainly lose confidence in you - your government. We don’t want you to lose the battle over corruption. We believe you will be able to establish a graft-free administration and rid the country of pervasive corruption (stigma).

People now see a ray of hope and want to rely on you - only you - because the system doesn’t work here properly until you voice your concern and give strong message. And winning this war against massive corruption will definitely help pave the way for restoring functional democracy which is fading or backsliding not only in Bangladesh, but also in many other countries (across the globe) that are known for strong democracy. People want to heave a sigh of relief!

The writer is chair and associate professor, Department of English, Stamford University Bangladesh. He could be reached at [email protected]