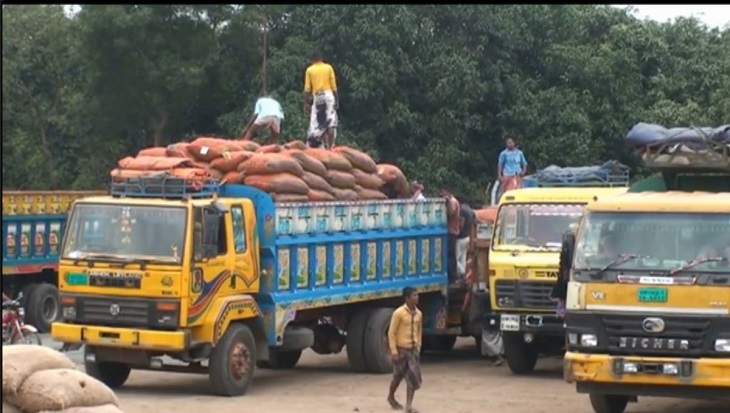 The onion is being imported under a special system during the Durga Puja holiday.

Prime Minister Sheikh Hasina, currently in Delhi, urged the Indian government to inform Dhaka beforehand about any impending decision to ban export of any product like onion so that Bangladesh can import it from alternative markets.

Meanwhile, a consignment of around 1,500 metric tonnes of onion loaded in 60 trucks under LCs opened before the existing ban started entering the country through Dinajpur’s Hili border.

The entry of onion under the already opened LCs is being allowed to keep the onion market stable in the country, Noor Amin, a revenue officer at Hili, told UNB.