India Needs Us, As We Need India 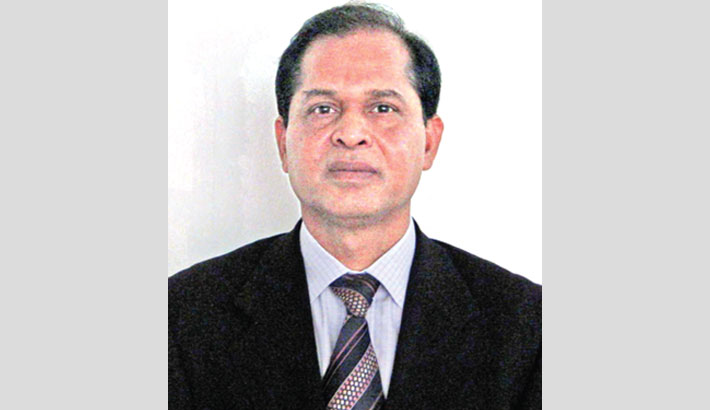 Hon’ble Prime Minister Sheikh Hasina is now in India to attend the Indian Economic Summit of the World Economic Forum (WEF) that has started from yesterday and would end today. During this Summit, she has attended the country strategy dialogue on Bangladesh as well as met other leaders attending the meeting. She has kept 5 October for bilateral meeting with her Indian counterpart Mr. Narendra Modi. Sheikh Hasina will also pay a courtesy call on the Indian President and have a meeting with the Congress President Mrs. Sonia Gandhi. She is expected to return on 6th.

We know, this will be the first meeting between the two Prime Ministers during their current tenure in the government. Prime Minister Narendra Modi’s last visit to Bangladesh was in June 2015 and the last visit to India (in fact, Kolkata) by Prime Minister Sheikh Hasina was in May 2018. Besides, they had interactions on a number of occasions outside the two countries. Though, it is not a bilateral visit, but a lot of issues are expected to be discussed among the two leaders during the bilateral part of the visit.

I would like to recall here that the first visit abroad of the Prime Minister of Bangladesh, Bangabandhu Sheikh Mujibur Rahman, was to Kolkata in the first week of February 1972. During that visit, Bangabandhu addressed a mammoth gathering at the Parade ground in Kolkata. While delivering her welcome speech, the then Prime Minister of India, Mrs. Indira Gandhi, had assured to extend India’s assistance and cooperation for Bangladesh’s development efforts. She had announced that the friendship between India and Bangladesh would last for ever.

Since then, Bangladesh has been attaching the highest priority to maintaining its relations with India. Simultaneously, this has also been reciprocated by India. In fact, the two neighbouring countries, Bangladesh and India are historically bound by blood. During our war of independence in 1971, the soil of Bangladesh was soaked with the mixed-blood of the martyrs of both Indian soldiers and the freedom fighters of Bangladesh. This visit of Sheikh Hasina, just after one and a half years of her last visit in 2018, testifies, once again, the importance of our attachment to India.

We have two broad line expectations from this visit. The first one is from the Summit and the second one would be from the bilateral meeting with India. We are very much hopeful that our representation at the Summit would bring a fruitful result, particularly for our investment sector. While presenting our position at the country strategy dialogue, we believe our leaders has rightly placed their arguments as well as information to attract the attention of others to be involved in the economic activities in Bangladesh for mutual benefits. Their efforts, we have no doubt, would add a new momentum in our economic sector, particularly bringing foreign investments through this WEF.

As scheduled, the bilateral meeting between the two Prime Ministers would be held on 5 October 2019. The meeting is likely to discuss a number of issues, mostly bilateral. However, issues, like Rohingya issue would also be placed by Bangladesh side. The possible bilateral issues to be discussed at the meeting, as have been informed by the Bangladesh Foreign Minister, are water sharing of 7/8 rivers, bilateral trade, investment, border killings, terrorism, connectivity, etc. About a dozen of instruments between the two countries might be signed following the bilateral meeting. The instruments (agreement or memorandum of understanding), those might be signed are on trade, investment, water sharing, connectivity, education, ICT, culture and sports, etc.

It is a common practice, all over the world, to organise signing of agreements and MoUs during any foreign visit, particularly bilateral, by a head of government or state. Bangladesh is not an exception from that flow. We have already hundreds of instruments signed between Bangladesh and India, including more than 120 bilateral documents in different sectors such as security, power, trade and commerce, investment promotion, boundary demarcation, connectivity, development cooperation, infrastructure development, environment, education, culture, blue economy, health and taxation defence, etc. signed since the assumption of office by Prime Minister Sheikh Hasina in 2009. Besides, there have been numerous bilateral institutional mechanisms such as Joint Working Groups between Bangladesh and India. Obviously, all those documents and mechanisms have been translating the two countries’ cooperation more specific and fruitful.

This time we are going to add more 10/12 instruments in that basket. All these instruments are useful, though general people are not aware of those all. They are found to be interested on the issues they would be directly benefited. Therefore, understanding the expectation of the people, our leaders, especially our Hon’ble Prime Minister, I am confident, would put her best efforts and charisma to have better result from the meeting with her Indian counterpart. In that case, the issues like Teesta, Rohingya and NRC might be at the top of her list.

We are aware that Sheikh Hasina, the voice of the people of Bangladesh, has been relentlessly working for the benefits of her people and country. She had already discussed, on several occasions, the Rohingya and NRC (Assam) issues with Mr. Norendra Modi. With the new developments on Rohingya issue, India might play stronger role in the Rohingya repatriation process, if they agree. Concerning NRC issue, India’s reply might remain the same as Mr. Norendra Modi has told to our Prime Minister. We know that Sheikh Hasina had raised the Teesta issue with the Indian Prime Minister during her state visit to India in 2017. That time, it was Mrs Mamata Banerjee, for whom we did not have any positive result. This time, though Bangladesh is expecting to sign an instrument/MoU on sharing of water, but we cannot hope that it would include Teesta.

India needs us, as we need India. This is the reality of the present day world. In addition, it is needless to say that Bangladesh is a better neighbour than others. Both the countries should, therefore, walk together to construct a stronger path of development and peace. I would like to end referring a comment of Mrs. Indira Gandhi, “The present holds the past and one has to have the capacity to feel the present and place it in relation to the future.” Hope, the leaders of both Bangladesh and India understand and feel that sentiment and reality for the betterment of the two peoples and two countries.