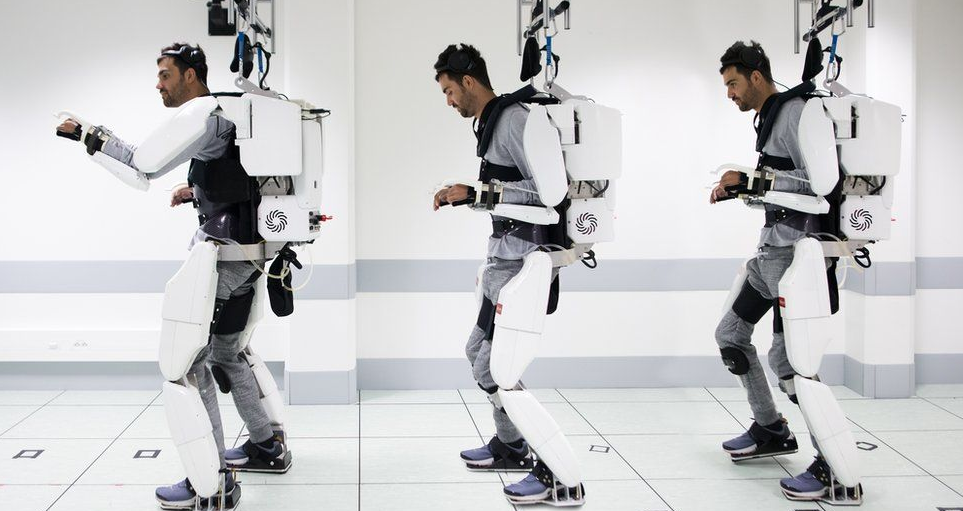 A French man paralysed in a night club accident can walk again thanks to a brain-controlled exoskeleton in what scientists said Wednesday was a breakthrough providing hope to tetraplegics seeking to regain movement.

The patient trained for months, harnessing his brain signals to control a computer-simulated avatar to perform basic movements before using the robot device to walk.

Doctors who conducted the trial cautioned that the device is years away from being publicly available but stressed that it had "the potential to improve patients' quality of life and autonomy". 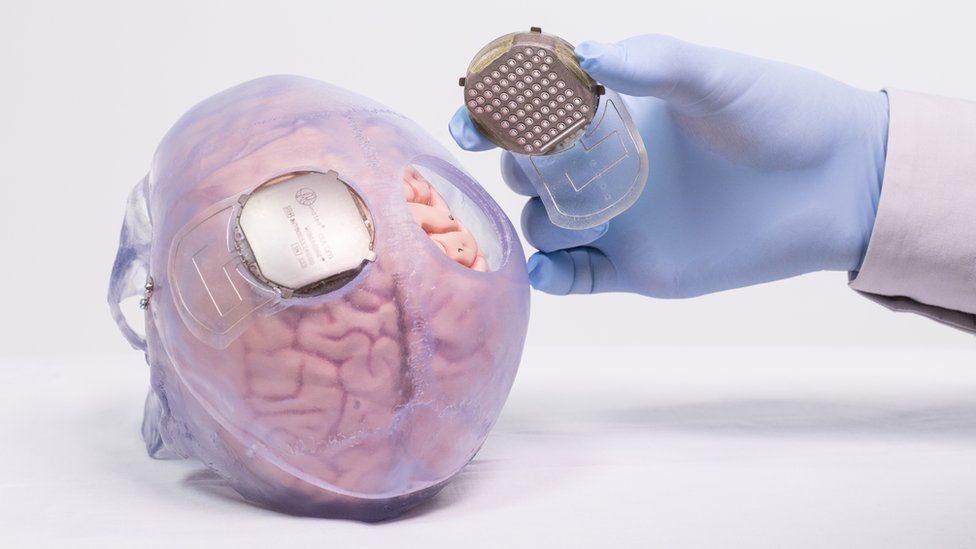 The man involved, identified only as Thibault, a 28-year-old from Lyon, said the technology had given him a new lease of life.

Four years ago that life changed forever when he fell 12 metres (40 feet) from a balcony while on a night out, severing his spinal chord and leaving him paralysed from the shoulders down.

"When you're in my position, when you can't do anything with your body... I wanted to do something with my brain," Thibault told AFP.

Training on a video-game avatar system for months to acquire the skills needed to operate the exoskeleton, he said he had to "relearn" natural movements from scratch.

"I can't go home tomorrow in my exoskeleton, but I've got to a point where I can walk. I walk when I want and I stop when I want."

Cervical spinal cord injury leaves around 20 percent of patients paralysed in all four limbs and is the most severe injury of its kind.

"The brain is still capable of generating commands that would normally move the arms and legs, there's just nothing to carry them out," said Alim-Louis Benabid, professor emeritus at Grenoble and lead author of the study published in The Lancet Neurology.

A team of experts from the Hospital of Grenoble Alpes, biomedical firm Cinatech and the CEA research centre stared by implanting two recording devices either side of Thibault's head, between the brain and the skin.

These read his sensorimotor cortex -- the area that controls motor function.

Each decoder transmits the brain signals which are then translated by an algorithm into the movements the patient thought about. It is this system that sends physical commands that the exoskeleton executes.

Thibault used the avatar and video game to think about performing basic physical tasks such as walking, and reaching out to touch objects.

Using the avatar, video game and exoskeleton combined, he was able to cover the length of one and a half football pitches over the course of many sessions.

Several previous studies have used implants to stimulate muscles in patients' own bodies, but the Grenoble study is the first to use brain signals to control a robot exoskeleton.

Experts involved in the research say it could potentially lead to brain-controlled wheelchairs for paralysed patients.

"This isn't about turning man into machine but about responding to a medical problem," said Benabid.

In a comment piece on the study, Tom Shakespeare from the London School of Hygiene and Tropical Medicine said the exoskeleton system was "a long way from usable clinical possibility."

But Thibault said the trial offered a "message of hope to people like me."

"This is possible, even with our handicap." 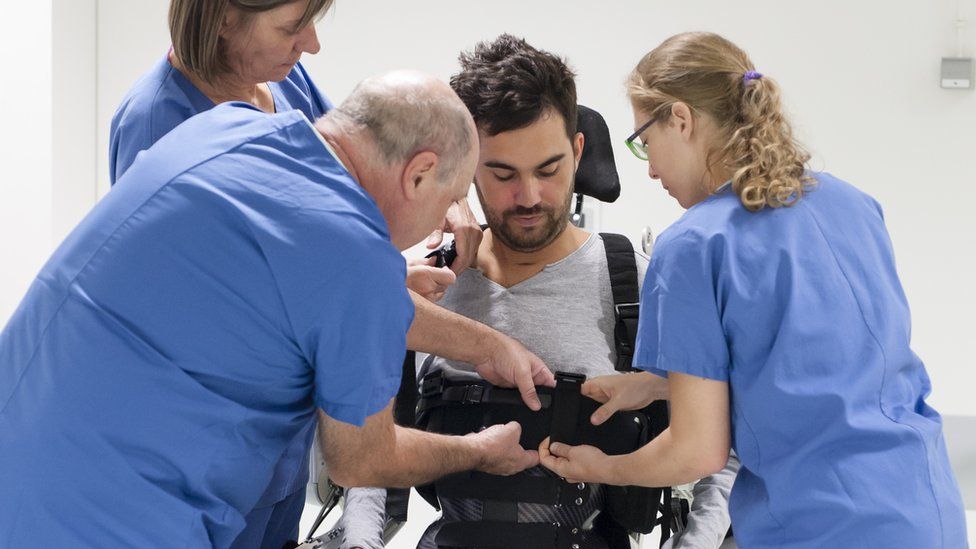