People waiting for good news over Teesta: BNP to PM 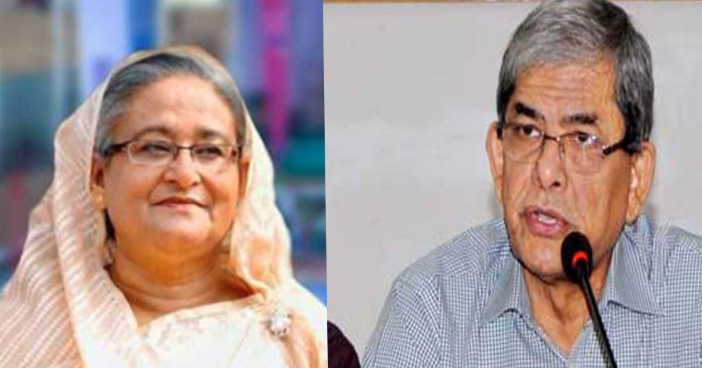 BNP on Thursday hoped that Prime Minister Sheikh Hasina will return home from India with good news about ensuring the country’s fair share of water from the Teesta and other common rivers.

“The Prime Minister has gone to India. People expect her to return home this time with good news that we’ll get the fair share of water from the Teesta and other common rivers. We also hope that the border killing will come to an end,” said BNP Secretary General Mirza Fakhrul Islam Alamgir.

He came up with the remarks while speaking at a human-chain programme arranged by Sammilita Peshajibi Parishad in front of the Jatiya Press Club demanding the release of BNP chairperson Khaleda Zia.

The BNP leader said whenever the Prime Minister had gone to India people expected that Bangladesh’s outstanding problems with it would be resolved since the government claims to have very strong relations with the neighbouring country.

“But we got frustrated every time as the Prime Minister had returned home giving India everything generously without resolving our major problems,” Fakhrul observed.

He said the killing of Bangladeshis along the border by the Indian Border Security Force is yet to be stopped. “The problem regarding the Teesta water-sharing has not been resolved either. Instead, we’re now facing floods as all the Farakka gates have been opened.”

The BNP leader urged the government to resolve the outlasting problems with India and take steps for reducing the huge trade imbalance with the friendly nation.

Fakhrul voiced concern over various remarks by the Indian ruling party leader over sending the people left out of the National Register of Citizens (NRC) in India’s Assam to Bangladesh.

“We think no one of our citizen (permanently) went to India. But we get worried when Indian ministers made different remarks about pushing people across the border,” he said.

The BNP leader said the Indian ruling party leaders are talking about sending people from Assam to Bangladesh as part of a conspiracy. “We’re already in trouble with Rohingyas as the government has filed to resolve it.