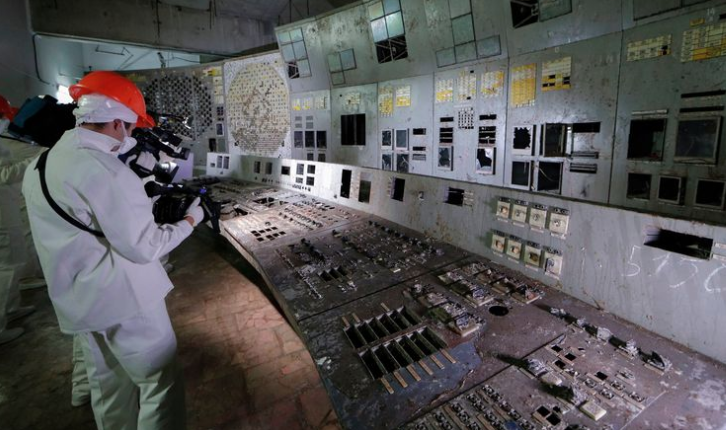 The control room of Chernobyl 's infamous Reactor Four is set to open to tourists.

The reactor caused one of the world's worst nuclear disasters when it exploded in 1986, with thousands of people having to be evacuated from their homes, as well as a number of fatalities and injuries.

Chernobyl and its surrounding areas, dubbed the 'Exclusion Zone' only re-opened to tourists in 2011, with plenty of strict rules and regulations around visiting.

Until now, tourists could only view the exterior of the site, but now the Chernobyl Power Plant's control room for Reactor Four is being opened as a new tourism spot.

Visitors will need to don protective clothing, and will only be permitted to visit the site for a few minutes to prevent overexposure to radiation.

The move comes as part of a wider project to turn Chernobyl into an official tourism attraction , with authorities looking at creating dedicated walking trails and enhanced mobile phone reception.

There's been a surge of renewed interest in the site after HBO series Chernobyl aired, focusing on the immediate aftermath of the explosion. (The TV show was actually filmed in Lithuania ).

But is it safe to visit Chernobyl ?

Well, the areas surrounding Chernobyl, dubbed the 'Exclusion Zone', have been open to tourists since 2011.

As Chernobyl and the area still suffer from high levels of radiation, any visitors who do venture there are obligated to follow the strict rules and regulations laid out by the Ukraine government.

Those who don't adhere to the rules could face hefty fines and even potential prison time.

After all, there are items and buildings which can be highly contaminated - and bringing back any 'artifacts' from the area (including toys and old photos you could see on a trail) is illegal.

Meanwhile, anyone who wants to visit needs to join a licenced, guided tour.

This isn't just because of the radioactivity; there are plenty of derelict areas and buildings which can be dangerous if you don't know the lay of the land.