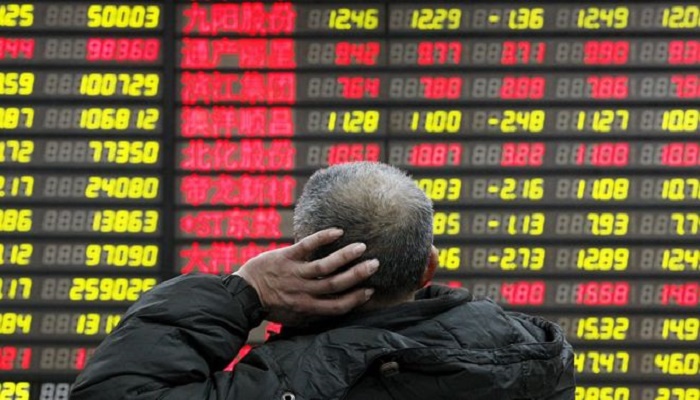 It followed a 3.2% drop for the UK's FTSE 100, while US and European stocks also skidded on Wednesday, reports AP.

The falls came after weak US economic data and a World Trade Organization (WTO) ruling paving the way for $7.5bn (£6.1bn) in US tariffs on EU goods, reports BBC.

Analysts said these factors had sparked fears over the strength of the global economy.

She said a combination of factors - including soft US jobs and manufacturing reports - added to existing investor worries "in light of deepened fears of a global recession and mounting trade risks".

Those risks include a fresh front in global trade hostilities, between the US and Europe.

America has been given the green light by the WTO to hit a range of EU goods - from aircraft to cheese and olives - with new tariffs.

The move marks the latest chapter in a long-running battle between the US and the EU over illegal subsidies for planemakers Airbus and rival Boeing.

The tariffs are separate to US President Donald Trump's ongoing trade disputes with countries around the world.