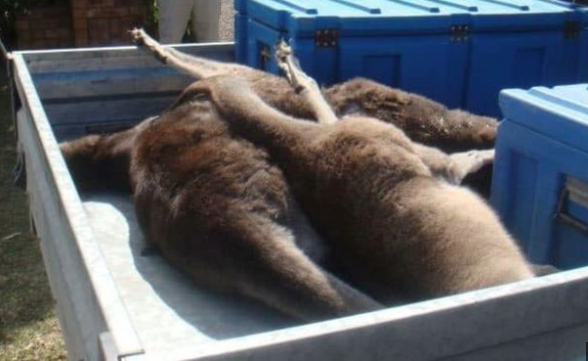 Australian police have arrested a 19-year-old man for allegedly running down and killing 20 kangaroos with his car.

The dead animals - which included young kangaroos, or joeys - were discovered on Sunday strewn across suburban streets in a town south of Sydney.

Police said they suspected the attacks had been carried out during a one-hour period in the previous night.

The teenager was arrested late on Tuesday and charged with several animal cruelty and torture offences.

Wildlife rescuers described the incident in Tura Beach, 540km (330 miles) from Sydney, as a "tragedy". They said some locals had woken to find dead animals on their lawns.

Three joeys were saved from their mothers' pouches and taken into care, said the Wildlife Information, Rescue and Education Service.

The teenager is due to appear in court in November.

More than 57,000 animal cruelty complaints were investigated by the RSPCA in Australia in 2017-18, according to the charity's most recent statistics.