VCs and Vices: A Challenge to the Government 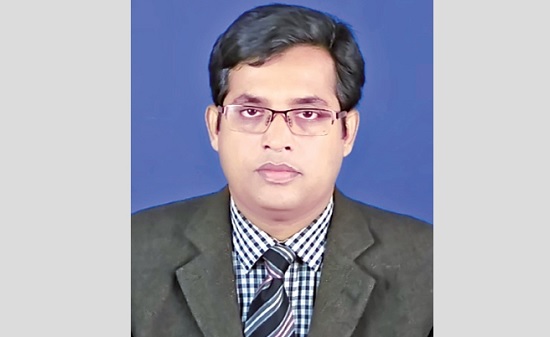 The post of Vice-Chancellor is the highest executive position of a university. In the universities of the USA and the UK, the position is called President. Whatever might the name of the position, the person occupying the position heads a university with supreme executive power. In developed countries, the position is filled through an open advertisement where many qualified candidates apply. While choosing the candidate, the authority usually judges the academic excellence as well as administration efficacy of the candidate. In most cases, the best person is chosen for administering a university for a stipulated time. Once someone gets recruited through a fair and unbendable process, he/she tries to demonstrate his/her efficiency by working hard with sincerity and honesty. In most cases, VCs of different reputed universities of the West try their best to bring academic excellence at the university.

In Bangladesh, four public universities that are governed by the Act of 1973 specifies that a VC would get appointed by the President, who is the Chancellor of the University, from among a list of three candidates recommended by the university senate. Until early-1990s, the government used to appoint the VCs following the guideline of the act. However, since the mid-1990s, the government started appointing the VCs of different public universities without the recommendation of the senate. Since then, the candidate’s political connection and strength started to be considered as the main eligibility criterion for the position instead of the candidate’s academic excellence. As days progress, the situation has been infuriating further which is not at all a good emblem for the quality of our higher education.

Even during the mid-1990s when the government started appointing the VC on political consideration, we did not hear allegations of corruption, nepotism, favouritism and moral turpitude against the VCs. They were in most cases respected by the teaching communities as well as outsiders. However, in the course of time, the position of VC has become controversial as the position holders have got them involved in different types of corruption. The process of corruption that starts with recruitment and ends at the implementation of the development projects has squeezed the overall quality of higher education negatively.

Over the last couple of weeks, allegations of corruption and moral turpitude against two VCs of public universities have widely been discussed among the countrymen. The first issue came out on the air when the government removed the central leadership of BCL on the basis of a complaint of the VC of the Jahangirnagar University who was pressured by them to offer a certain percentage from the ongoing development projects being implemented at the university. After their removal, the news came on the air that the VC of the University offered 1 crore 60 lack to the BCL JU unit. Accordingly, the students and teachers of the JU have been demanding her resignation. Unfortunately, no action has yet been taken by the government against her excepting a committee being formed by the UGC to investigate the allegations. It is also been learned that the VC has misappropriated different opportunities of the University. Among them, the use of three vehicles of the university by her family members is one of them. Several allegations have been aired on the social and print media about her husband and son for taking a commission from diverse sources. It is really deplorable to state that she still remains on the chair.

The demand for resignation of the VC of Bangabandhu Sheikh Mujibur Rahaman Science and Technology University posed by the students has also drawn the attention of the countrymen. The activities of the VC have come out in discussion centring the suspension of a law student for writing about the university on her personal Facebook wall. This is not the only instance of suspension of students. Rather the VC used to suspend students expressing their voice against him. He is well known for his involvement in corrupt practices as well as behaving authoritatively with teachers and students. We have learned from the print and online media sources that a maid servant demanded the recognition of her child from him a few months back. We have also heard audio of his deliberation with the students who met him requesting the withdrawal of the suspension of their friends. He not only snubbed the students using slangs but also reproached their parents. I really wonder whether a university teacher could speak in such a language or not. I did not hear anybody in the last 22 years of my teaching experience to talk in such an indecorous manner.

Apart from his behavioural problem, allegations of corruption have been raised against him by different sections associated with the university. Very recently, one online newsportal drew my attention as it highlighted the story of the appointment of the VC’s nephew as a section officer at the university first, followed by promotion to the post of a lecturer within a year at the Department of International Relation. Then, he managed to get promoted as an Assistant Professor at the same department within a year. The application form of the candidate is made available online where it is clearly stated that the candidate, the nephew of the VC, has obtained 50 per cent marks at BSS (Hons) and 48 per cent at the MSS examination level. The university rules suggest that a candidate must have a first-class (60 per cent and above) either at BSS (Hons) or MSS examination to be considered for the post of a lecturer.

Thus, it can clearly be stated that he has committed two mistakes by appointing his nephew that can be treated as moral turpitude. First, he recruited someone who does not qualify for the post of a lecturer. Second, I am not sure whether he presided over the selection committee meeting where his nephew appeared as a candidate. It is a matter of inquiry whether he presided over the selection committee meeting or not because he had a conflict of interest on that selection board. He could have been terminated from the post on the ground of moral turpitude. Apart from this incident, he has been accused by the students and teachers of getting involved in monetary corruption. We have been informed through media that he has spent TK. 40,000 to pay the bills of his tea and snacks in one day. I do not think that a VC could spend such an amount in a day.

Most importantly, he is an infiltrator in AL as there is an allegation that he contested several elections as a candidate of BNP panel while he was a teacher of Bangladesh Agriculture University. An electoral ballot is made available online where it is clearly stated that he contested the election from BNP panel. Several TV channels have broadcasted the interview of teachers of BNP led panel of BAU where they have identified him as an active supporter of the party. Thus, it can certainly be stated that the AL government has committed a great mistake by appointing him as the VC of a university which is named after the Father of the Nation. This is really a shame for the whole nation.

In the meantime, the investigation committee that was formed by the UGC submitted their report to the ministry. From different newspaper sources, it has been learned that the committee suggested his removal from the post of VC as they found shreds of evidence of his involvement in corruption. Following the submission of the report, the accused VC left the campus with the assistance of police force at the night of the 29th September. The next day, he submitted his resignation to the Additional Secretary of the ministry which has been acknowledged by the education minister. In a way, through his resignation, Mr VC has admitted the fact that all the allegations raised against him were true.

The government has commenced purgative operation against corruption throughout the country. As of today, most of the Casino owners who have been arrested by the law enforcing agencies have been found as the infiltrators in the party. Thus, like the Casino owners, the VC of BSMRSTU is also an infiltrator in the party. The government should not remain satisfied with his resignation only. Rather, they should take all the necessary action to punish him for his felonies. If this could be done, other VCs who are manipulating the power of their position would take a lesson from this incident. The authority should also find out the promoters of such persons. A zero-tolerance policy against corruption and infiltrators could save the government and the party from further corrosion of their image to the general public.