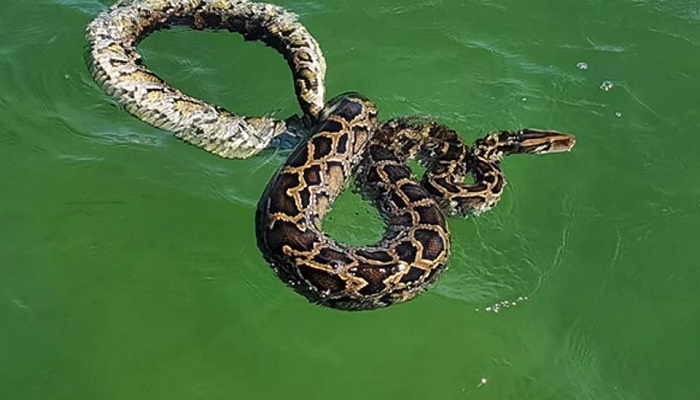 A Burmese Python, out for a swim, captured the attention of many online after its video was posted on Facebook.

A post shared on Facebook details what happened when the reptile was discovered swimming in Biscayne Bay in South Florida of USA, reports Hindustan Times.

The video of the giant Burmese Python has been shared on the Biscayne National Park Facebook page. The video not only shows the snake in the water but wildlife officials capturing it to move it to land. Park officials used a net to rescue the snake.

Once on dry land, officials measured the Burmese Python and discovered it was 11 feet long and weighed 31 pounds.

The video has collected a ton of reactions on Facebook.

“OMG, they are on land and water?” asks a Facebook user. “Glad they got it,” says another. “I really don’t do snakes!” says a third.

How would you react of you spotted a huge snake around you?