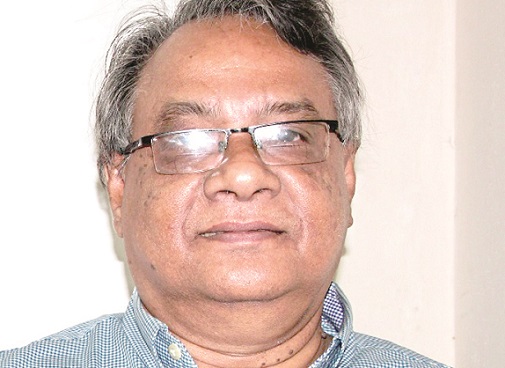 In the present, people of Bangladeshi origin probably can be found in every corner of the globe. Records suggest that migration has been quite common from this part of the world from time immemorial. The history of labour migration dates back to the days of colonialism. According to one estimate, about half a million people leave the country to work abroad every year. Bangladeshis first started going abroad as workers in the 1950s. At that time, the United Kingdom started allowing workers to settle in their territory. This initiated chain migration of further workers and family members to the UK in the 1960s and the 1970s. This trend continued even after the emergence of Bangladesh in December 1971.

Here, it needs to be mentioned that the overwhelming majority of the migrants to England during those days were from the Sylhet region of present-day Bangladesh. After the independence of the country, reasons like limited employment opportunities at home, and available employment opportunities abroad encouraged an increasing number of people from different regions of Bangladesh to immigrate to different countries of the world. After the end of the 1973 Middle East war, the oil prices skyrocketed that turned oil-exporting nations (mostly Arab countries) enormously cash-rich countries. With increased financial resources, these countries embarked on massive development works. This resulted in the creation of huge demands for labour or workers in every field, especially the construction, and the service sectors. This opened the door for Bangladeshi workers to go to those countries and look for employment opportunities there.

In fact, Bangladeshis started to grab the opportunity in large numbers from 1975. The successive governments also encouraged workers to go to those countries. However, this does not mean that people stopped going to other countries like Great Britain and the United States of America. People also started to look for opportunities to go to other European countries particularly for employment and higher studies. This trend of emigration, especially for employment, is said to have started in the 1970s and in subsequent years, picked up the pace. In recent years, the number of workers going abroad hovered roughly half a million annually. The important destination countries include Saudi Arabia, Oman, Qatar, Bahrain, Kuwait, the United Arab Emirates, Malaysia, and Singapore. In later years, Bangladeshis also went to South Korea and Japan for employment purposes. But their number is still very low compared to those of the Middle Eastern countries. In the last couple of years, a significant number of Bangladeshis went to Italy, Greece and some African countries to look for employment and business opportunities. Most of them were illegal immigrants.

However, because of liberal immigration policies of those countries, illegal immigrants could secure legal status of staying in those countries. This also paved the way for chain migration of relatives and other kin to these countries. The other interesting fall out of this that taking advantage of the freedom of movement within the European Union nations, Bangladeshis living particularly in Italy and Greece moved out to other European Union nations and settled there for getting access to better opportunities and standards of living. As mentioned earlier, due to chain migration, a large number of Bangladeshi origin people are now living in the United Kingdom. According to the 2009 UK census, about 500,000 Bangladeshi origin people now live in the UK. Here, it needs to be mentioned that after the liberation of the country, people also started to emigrate legally and illegally to the United States of America (USA).

However, since the 1970s, thousands of Bangladeshis were able to legally migrate to the USA through the Diversity Visa Program/lottery. Now it is estimated that about 200,000 Bangladeshi origin people live in the USA permanently. In recent years, many Bangladeshis have also gone to other western countries like Canada, and Australia. Overseas migration of Bangladeshis has different dimensions. This resulted from the immigration status of the migrant population. Migrants to Middle Eastern countries, Malaysia and other countries of the near and far east are mostly unskilled labour and they go to those countries on a contractual basis for a fixed period of time. However, there are, of course, provisions of renewal of contracts. For this reason, people working in the Middle East can work there for many years. But whatever may be the duration of stay even with legal permission, there is no provision or opportunity for permanent settlement as those host countries do not have any such provision to allow them to do so. As such, they are bound to return to Bangladesh. The second category is the legal and illegal migrants to West Europe, the United States of America, Canada and Australia. In these countries, even if someone is an illegal immigrant, there are some provisions, though cumbersome, of getting permanent residency that subsequently, in many cases, lead to citizenship there. Among the legal migrants in these countries, many go there as part of chain migration and others mostly go for higher studies and they, in many cases, are subsequently allowed to settle down permanently.

Sources state that overseas migration and employment represent over more than a quarter of the annual addition to the country’s total labor force. According to one estimate, it is said that, in recent years, close to half a million people find jobs abroad every year. People living and working in different foreign countries are immensely contributing to the economic growth and prosperity of the country. Remittances sent by Bangladeshis working abroad have also greatly contributed and helped in reducing the poverty rate of the country. Bangladesh received $15.5 billion in remittance last year alone. The annual receipt for Bangladesh is up from the $13.5 billion which migrant workers sent in 2017. Bangladesh was the third highest recipient of remittance in South Asia in 2018, after India and Pakistan and 11th highest recipient globally. Remittance is also contributing to the country's foreign exchange coffer. It is also one of the main drivers of the country's economic growth and is making a sizeable contribution to the growth process. However, remittances are mostly sent by the labour force working in different countries on a contractual basis with no provision of permanent settlement in the host countries. It has been reported that both immediate and extended family members of theirs are left behind in Bangladesh. Resources and legal constraints also prohibit their immediate family members from going to those countries to live together as a family. Such a situation leaves them with no alternative but to send money back home to support their families. Moreover, as they will have to come back to Bangladesh at some point in time, they will have to buy assets and go for investments here to address perceived future needs. Similarly, people with illegal status living and working in some of the western countries mentioned earlier also face a similar kind of situation. Family members are left behind at home and cannot be brought to those countries because of their illegal migrant status. This category of people also needs to remit money back to Bangladesh to support their families. With gaining legal migrant status and subsequent chain migration of immediate and extended family members, the need for remittance to Bangladesh diminishes as happened in the case of British Bangladeshis and others living permanently in various western countries.

The second and the third generations of migrants living abroad (especially in the Western world) pursued higher education and have subsequently entered professional jobs, businesses and even politics. In all those areas, they have already proved their worth and are making significant contributions. Keeping that in mind, their services could be utilized in furthering Bangladesh’s national interests in those countries and beyond. Networking with them would help furthering business prospects in some new non-traditional sectors in the international arena.

It ought to be remembered that the Bangladeshis living and working in different countries of the world with whatever migrant status maybe are our brothers and sisters. They, in one way or another, are significantly contributing to the growth and development of our country. In fact, they are our goodwill ambassadors promoting the cause of the country under all odds. The government and the people need to recognize the contributions of the migrants and appropriate measures are needed to be taken for addressing the specific needs of the different categories of the Bangladeshis living and working in different countries of the world. All necessary steps need to be taken to make the migration process safe. People should be discouraged to adopt dubious and risky life-threatening methods for migration at the instigation of some human traffickers and unscrupulous manpower businessmen. At the same time, special measures with affirmative actions are to be taken especially to safeguard the human rights and other interests of the more vulnerable ones like migrant contractual workers, particularly those living in Middle Eastern countries, Malaysia, Africa and East Asia, and illegal immigrants residing in many European and North American countries.

The writer is a Professor of the Department of Public Administration, University of Dhaka.