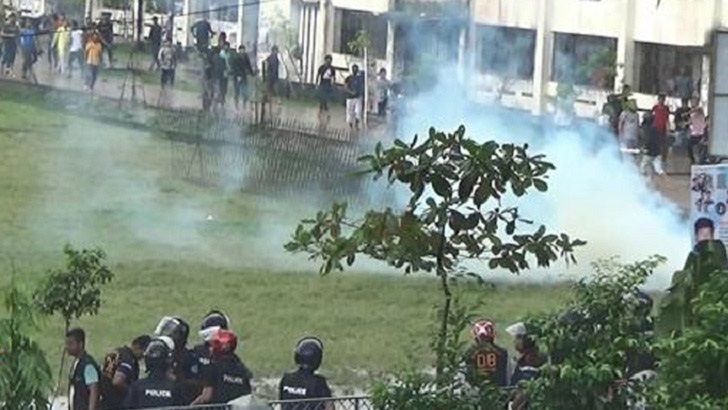 At least 40 persons, including 20 bullet-hit, were injured in a factional clash of Bangladesh Chhatra League (BCL) in Madaripur during Birthday celebration of Prime Minister Sheikh Hasina on Saturday.

The incident took place at Government Nazim Uddin College on this noon.

The two groups were jostling for supremacy on the campus of Government Nazimuddin College on Saturday.

Thirty-eight of them were initially sent to the Sadar Hospital for treatment, and later 11 people were shifted to Faridpur Medical College, hospital sources said.

At one point the two groups locked into a brawl which subsequently turned into a fierce clash that left at least 40 people injured.