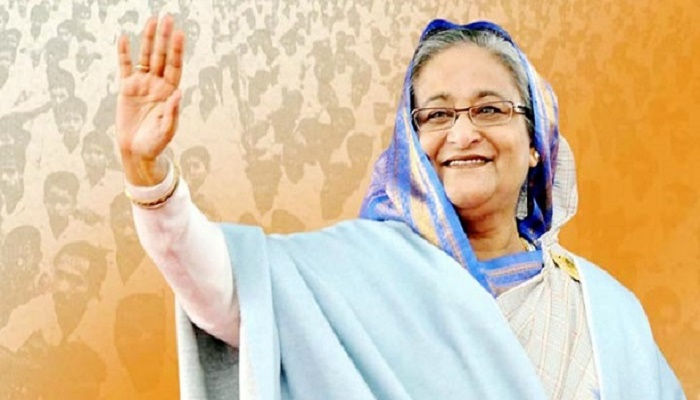 September 28 is the birthday of Sheikh Hasina, daughter of Bangobandhu.  She will be 72 years old. Happy Birthday, Honourable Prime Minister and daughter of the Father of the Nation! On this day last year I was in New York as a member of her team attending the United Nations General Assembly (UNGA) annual meeting. Amongst the many heads of state or heads of government who spoke at the UN, Sheikh Hasina just outperformed many of her colleagues from across the globe. She spoke with confidence and dignity and in Bangla which her father Bangobandhu for the first time introduced in the United Nations in 1974. Those accompanying her were proud of her performance. Her birthday was celebrated only with her close family members and a few selected members of her personal staff. The UNGA usually coincides with her birthday and, as she usually does not miss the opportunity to attend the world’s largest congregation of Heads of State and Heads of Government, her birthday has, to some extent, become a New York affair. This year is no exception.

Back in the seventies to most of the people around the world, Bangladesh was an unknown country. Only in a few countries and to a few people was it a country identified with Sheikh Mujib and a ‘civil war’ fought with Pakistan. Then the country became known as a country of floods, poverty, famine, coups and counter coups. In the month of May 1977, while travelling from Chicago’s O’Hara International Airport to my hotel on a rainy morning, I had a tough time trying to give the location of Bangladesh to my young black American cab driver.  I desperately tried to tell him I came from a newly independent country that fought a bloody war of independence with Pakistan which had been profusely helped by his country, the US, China and most Arab countries and that our fight for independence was led by Sheikh Mujib. My young cab driver suddenly said `Oh! Mujib’s country. You killed your leader, man.’ I was wholly embarrassed.

Today Bangladesh has a better reputation and the nation owes much of this to the daughter of Sheikh Mujib, our Bangabandhu and the Father of the Nation, Sheikh Hasina.

Sheikh Hasina, the eldest daughter of Mujib, never vied to become a politician or even dream of becoming a legendary Prime Minister of Bangladesh, a country for which her father sacrificed so much in his all too short life. Mujib fell to the bullets of the assassins in the early morning of 15 August, 1975, when he was just 53 years old. While the entire family of Sheikh Hasina was massacred in one of the most brutal killings of the last century, Sheikh Hasina and her younger sister Sheikh Rehana narrowly escaped as both were in Germany at that time. The sisters left Bangladesh just 15 days before the fateful morning to join Sheikh Hasina’s husband, Dr. Wazed Miah, an eminent physicist who was on a professional scholarship and doing research in Germany. On the day of the killing, the family of Dr. Wazed Miah was in Belgium taking a short vacation. They were guests at the official residence of Bangladesh’s Ambassador Sanaul Hoque. When the news of the killing in Dhaka reached Sanaul Hoque, he virtually pushed Dr. Wazed Miah and his family out of his residence. The history of Bangladesh would perhaps have been different if Sheikh Hasina and her family had been in Dhaka on 15 August. Providence was kind to her and the family.

From middle of 1975 to May 1981, Sheikh Hasina and her family lived in exile, most of the time in India under the shadow of the then India’s Prime Minister, Indira Gandhi, the iconic India Prime Minister of her country who played  a crucial role in 1971 during our Liberation War. At home Bangladesh Awami League, the party that fought for the rights of the people of Bangladesh for the entire period of twenty three years of Pakistani rule, was in disarray. Not only was Bangabandhu killed on 15 August but the four key national leaders were also assassinated inside the Dhaka Central Jail on 3 November of 1975.

Many of the senior leaders left Awami League and joined Zia’s BNP or floated their own political platform. Many who were committed to the politics of Awami League were alarmed. Would Awami League replicate the history of Muslim League and fade into oblivion? In those difficult days, the wife of the first Prime Minister of Bangladesh, Tajuddin Ahmed (slain on 3 November), Begum Zohura Tajuddin, tried to steer the party through difficult waters. Everyone agreed that only someone from the lineage of Mujib could rescue the party and put it back on track. The choice naturally fell on his daughter Sheikh Hasina, living in exile in Delhi as a commoner. She was elected the President of the party in a special council of Bangladesh Awami League in February of 1981. On a stormy evening of 17 May 1981, she came back to Bangladesh, the same country which her father led to independence, to the same city where she lived with her extended family before she left for Germany just six years back. Now there was complete emptiness all around.

On her return to Dhaka, she found the city not as cruel as she had perceived. Hundreds and thousands of people thronged the airport road to welcome the daughter of the Father of the Nation. But, as expected, she found Zia’s government behaved with her cruelly and made it clear that she was not welcome in Bangladesh. But she was Mujib’s daughter whose virtues included courage and patience.  Father’s virtues run in daughter’s vein.                 She wanted to enter the historic residence of her father to pay respects to the murdered members of her family at Dhanmondi Road No. 32 but was prevented by the security personnel of Zia. She prayed for the departed souls sitting on the road in front of her house while thousands watched in silence and prayed with her.

On her return the biggest challenge in front of her was to reorganise the party. The strength of Awami League always lay in the commitment of its root level workers and leaders. The term hybrid was unknown during the days of Bangabandhu.  The number of turncoats was few and far between. After the initial days of shock were to some extent over, Sheikh Hasina soon re-organised the party and made her and her party’s presence felt in the political circles of the country. As expected, Zia was not happy. Under her leadership Bangladesh Awami League played a significant role in the anti-Ershad movement of the eighties. She escaped death at least twice: once in Chittagong during anti-Ershad movement when on 24 January 1988, the police fired at close range to kill her while she was on her way to a public rally and on another occasion on 21 August 2004 when the goons of Tarique Rahman, eldest son of the then Prime Minister Begum Khaleda Zia, attacked her with hand grenades in a rally in Dhaka’s Bangabandhu Avenue. On both occasions the party workers protected her by shielding her from bullets and splinters.

Awami League could not win the election of 1991 but played a significant role in the parliament as an opposition party. One of the biggest achievements was returning to a parliamentary form of government from a presidential one. But the 1991-96 parliament of Bangladesh was historical in the sense that the daughter of the Father of the Nation Sheikh Mujibur Rahman, Sheikh Hasina entered it as the Leader of the Opposition with honour and dignity. Those who thought that the era of Mujib came to an end after his assassination witnessed the beginning of a new era led by his daughter.

Sheikh Hasina and her party won the elections of 1996, 2008, 2014 and 2018. She has been the Prime Minister of the country for four terms, three of them in a row. The first term was a bit shaky as most of the functionaries of the government were recruits of post-1975. Their allegiance was more towards military and pseudo-military rulers and not towards a democratic government. It was also a learning time for Sheikh Hasina. She is a fast learner but unfortunately, like her father, could not identify real friends and well wishers from foes. She paid a price for that when she lost the election of 2001, thanks to the machinations and conspiracy of the state machinery. However during her 1996-2001 term amongst other things the parliament scrapped the infamous Indemnity Bill enacted in the parliament by General Zia to indemnify the killings of 1975 and let the killers go free. During this period she began the trial of the killers in an open court but could not finish it during this tenure. Again Begum Zia and her party BNP formed government in 2001 and through all sorts of unscrupulous means stalled the ongoing trial.

After her return to power in 2009 Sheikh Hasina completed the trial and those found guilty were executed as per the court’s decision. During her last three consecutive periods of rule, including the current one, she has put Bangladesh on the global map as a country which has become a role model of development and she has been acclaimed by global leaders not only as a Prime Minister of Bangladesh but also as an iconic statesman from which other emerging leaders have so much to learn. Sheikh Hasina has given back the dignity to the people of the country that can now boast of a nation which has become self-sufficient in food and energy production, women’s empowerment and eradicating the menace of militancy and intolerance and ensuring free education for all school-going children. From a least developed country, the Bangladesh under her leadership is on its way to becoming a middle-income country by 2021 and higher income country by 2041. Forty years back, bullock carts were a major means of transportation in the country. The country now has successfully put a satellite in space and replica of bullock cart in drawing rooms as show pieces. A country that relied on foreign aid and loans to finance its budget now can finance 90 per cent of it from its own internal source.

As a matter of coincidence just on the eve of Sheikh Hasina’s 73rd birthday, on September 25 the ADB in its ‘Asian Development Outlook 2019 update’ gave the good news that Bangladesh is on the threshold of achieving the highest growth rate in Asia this year, forecasting a growth of 8 per cent, ahead of India, Vietnam, the Philippines, China, Indonesia and Malaysia. No gift can be better than this bit of news on her birthday this year.

These days the Prime Minister quite often reiterates her desire to retire and tells us she is getting old. However, as the saying goes, ‘a good soldier never retires.’ There are miles to go and promises to keep, Honourable Prime Minister Sheikh Hasina. May Allah Bless you with his kindness!