Steps must against BNP leaders those introduced casino: Hasan Mahmud 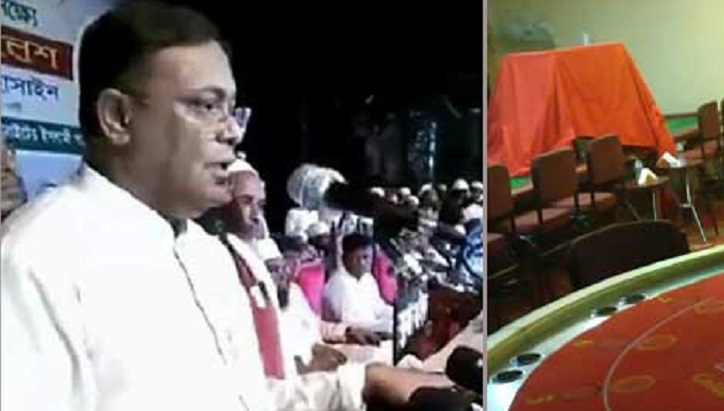 Information Minister Dr Hasan Mahmud on Friday said the BNP leaders those were involved in launching casino business in the capital should not be spared.

He said, “BNP leaders Mirza Abbas, Falu, Sadek Hossain Khoka launched casinos in Dhaka during BNP-Jamaat regime. They should be held responsible like those are involved in conducting casinos today.”

He came up with the statement while addressing as chief guest at Olema-mashayekh conference in the capital on Friday noon.

He further said, “Bangabandhu shut down drug-gambling immediately after the Independence. Ziaur Rahman launched those after grabbing power. BNP-Jamaat started casinos when was in power. Prime Minister Sheikh Hasina began operation against these evils.

He said drive against the corrupt, wrongdoers and drug dealers will continue.

“After the capital, the drive has already started in Chattogram city. It will take place in every nook and corner of the country,” Dr Hasan said.