Fighting depression? Here’s how exercise can help you 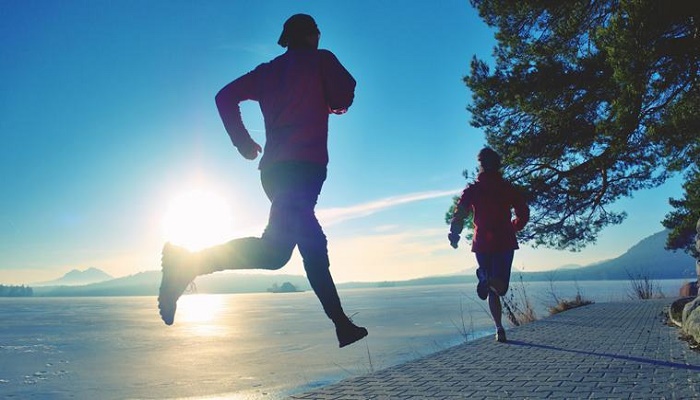 Depression can make life really difficult. Everything seems to cave in on you when you are feeling low. Given that getting out of bed seems like the hardest thing to do, it is but obvious that exercise would be the last thing on your mind. However, research suggests that physical activity can really do wonders for people with depression.

A 2018-study published in the journal Depression and Anxiety found that “supervised aerobic exercises have large antidepressant treatment effects for patients with major depression“. According to the study, the results were positive if such exercises were performed on an average for 45 minutes, at moderate intensity, three times per week, and for 9.2 weeks, reports The Indian Express.

Exercise reduces inflammation in the body that may lead to depression, suggests Praveshh Gaur, founder and director Srauta Wellness.

Depression is the most common form of mental illness in the world with more than 300 million people suffering from it. It negatively affects both the body and the brain by pushing the person into a self-destructive spiral of emotions, sometimes even leading to suicidal tendencies in severe cases. Normally, the brain produces a stress-relieving hormone called dopamine to help recover from high levels of stress. However, chronic depression prevents this natural mechanism from kicking in, making it more difficult for the body to recover from stress.

Depression often causes sleep deprivation, loss of appetite, extreme fatigue, and body pain that can prevent people from undertaking physical activity. The first step to breaking away from this vicious cycle is to feel motivated enough to get a headstart. “Experts suggest that such people should try to start with at least 5-10 minutes of easy physical activity. Taking a casual 5-minute stroll in the neighbourhood can be a good beginning, which can gradually be increased to 10, 15 and 20 minutes. Within a couple of weeks, you should start to feel more energetic and normal,” recommends Gaur.

He adds, “Exercise is a good way of achieving a balance between the body and mind. Most cases of depression can be treated without medication. Maintaining physical fitness is crucial in preventing as well as curing depression and keeping a host of other related illnesses at bay.”

According to a 2019-study published in JAMA Psychiatry, people who undertook some form of physical activity for at least 15 minutes per day reduced their risk of major depression by almost 26 per cent.

Experts also say that exercise has a cascading effect on your mood. It can be as simple as cycling to work or taking a short walk after a meal. While the link between exercise and depression is not fully understood yet, there is enough evidence that working out can help people deal with depression and anxiety better.

It is considered that endorphins are the body’s natural morphine which when released by special glands in our brains produce a sense of wellbeing or joy and also decrease pain levels.

When it comes to workouts that fight depression, aerobic and cardio exercises have the edge.

Apart from its physical benefits, exercise has a number of positive psychological effects:

1. Exercise releases “happiness hormones” called endorphins that have a stimulating effect on the brain and enhance the overall sense of wellbeing. Indulging in low-intensity exercises result in the release of chemicals called neurotrophic factors that enhance formation of new neural connections that improve brain function. Studies reveal that the hippocampus region, the part of the brain that regulates mood, is much smaller in people suffering from depression. Exercise can help strengthen the hippocampus region, thereby relieving depression.

2. It helps build confidence. Exercise not only helps you manage weight but boosts self-confidence by making you feel better about yourself.

3. Exercise can be a good diversion from the boring monotony of everyday life. It takes your mind off the stress and negative emotions that lead to depression.

4. It is a good way to build social interaction. Joining a yoga class, taking a stroll in the garden or hitting the gym are excellent ways to socialise.