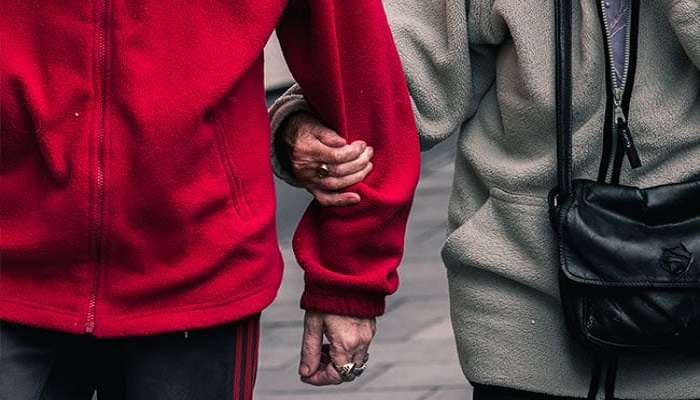 Separated for 36 years, a couple aged over 80 years reunited at an old age home in their native Kerala, India with both recognising each other instantly despite failing eyesight, triggering celebrations.

By sheer chance, Saidu (90) and Subhadra (82), who got married 65 years ago and lost contact with each other since 1983 after the man went in search of a job, had come to the home at nearby Pullut in Thrissur district of the Indian state in August and July respectively this year, the caretaker of the facility said.

When Subhadra amma heard the voice of Saidu after 36 years, she felt it was familiar and from her past. The couple hailed from Thrissur district.

Despite her advanced age, she went to look who the new visitor was and stunned to see her husband.

"They had not seen each other for 36 years. Their fading eyesight notwithstanding, the couple recognised each other", Abdul Kareem, the caretaker and a social activist, said Saidu had left for North India in search of greener pastures in their 30th year of marriage.

As years rolled by, Subhadra waited for her husband, who never turned up.

A widow, Subhadra had two children from her previous marriage, when she got married to Saidu, her Muslim neighbour. When her children passed away a few years ago, life became difficult for this elderly woman.

She was at a temple in Kodungallur when she fell ill and was taken to hospital by police from where she was brought to "velicham", the old age home, Kareem told news agency PTI.

When they informed other inmates of the home about the reunion, there was celebrations with ''sadya'' (elaborate lunch) and ''payasam'' (sweet porridge).

Subhadra also sang old soulful melodies. Both are very happy and have decided to spend the rest of their lives together in the old age home, Kareem, who is involved in social work since the past 35 years, said.

"Velicham" (light), which functions from a rented building, was my concept. Police inform me when they find the aged loitering around without anyone to take care of them, Kareem said.

A 25-member trust takes care of all the needs of the inmates, he said.