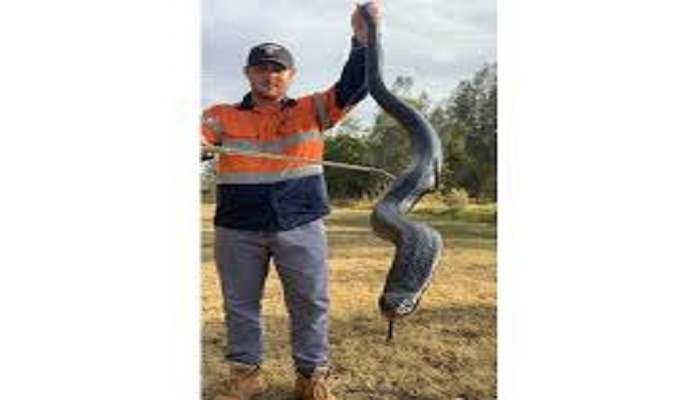 An Australian snake catcher was called to a rifle shooting range on the outskirts of the northern city of Brisbane on Wednesday to capture a huge red-bellied black snake, which he named “Chonk” for its healthy condition.

The 1.8-metre (6-ft) -long male reptile was probably hunting for suitable mates as the breeding season began, snake catcher Bryce Lockett told Reuters, after it slithered out of a large creek system where fish and frogs would have kept it well-fed.

It was common to find snakes during the breeding season as males travelled further to find a mate, though snakes of this size were rare, Lockett said.

“Every now and again they pop up,” he added. “I named him ‘Chonk’ just because he was very fat and healthy.”

The snake catcher agency also took to Facebook to share Chonk’s image. Shared on September 24, the post already has gathered more than 4,000 shares - and still counting. Additionally, it has also amassed over 2,500 comments and more than 1,500 reactions.

“Omg my favourite snake. What a beautiful beautiful snake!!” wrote a Facebook user. “That’s a beautiful speciman. He has thrived and been lucky to reach that size. I love reds...they are a magnificent creature,” commented another. “What a beautiful snake I love it I know a bloke who has one as a pet he puts him around his neck and pets him . But I didn’t know they grew that large cool animal,” wrote a third.

Red-bellied black snakes, common in wetlands along Australia’s eastern coasts, are some of the most handsome but least venomous of its reptiles, with no recorded fatalities.