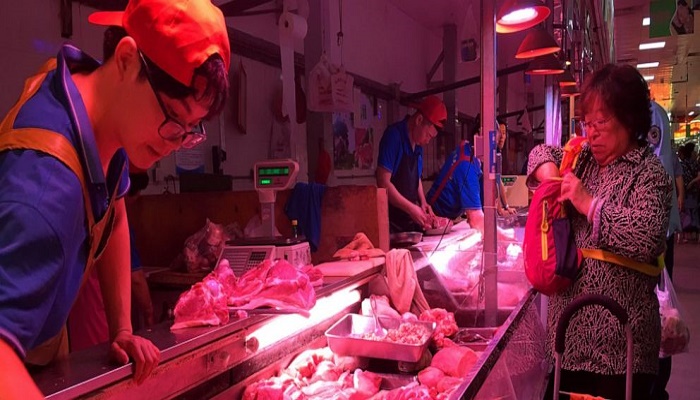 China's government is releasing pork from stockpiles for the second time this month to help cool surging prices ahead of next week's celebration of the Communist Party's 70th anniversary in power.

The government said Thursday it will auction off 10,000 tons of pork, the country's staple meat, reports AP.

The price of pork has soared almost 50% from a year ago due to a devastating outbreak of African swine fever that killed or prompted authorities to destroy many herds.

The disease is fatal and highly contagious for pigs but does not harm humans. Its spread across the region.

The crisis is a sour political note for China's ruling party, which bases its claim to power in part on improved living standards over three decades of market-style economic reform.

The shortages also have pushed up global prices for pork as Chinese importers buy up foreign supplies.

The release announced Thursday is equivalent to less than 0.2% of China's 2018 monthly consumption of 4.7 million tons.