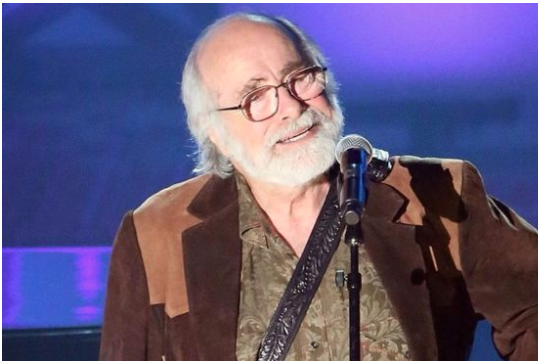 Robert Hunter, who wrote some of the Grateful Dead's most vivid and poetic lyrics, has died at the age of 78.

The wordsmith never performed with the band on stage, but was nonetheless a vital part of their success.

Rooted in the American folk tradition, his storytelling lyrics gave "The Dead" a cosmic sheen of otherness on songs like Ripple, Truckin' and Dark Star.

He went on to call his bandmate "a visionary wordsmith extraordinaire".

"For a man who provided us with so many meaningful words, the soundtrack to our lives, he's left us a bit speechless with his passing," said David Lemieux, an archivist for the band.

"Robert Hunter has been just as integral a part of the legacy of the Grateful Dead as those who recorded the music to accompany his words," he wrote in a statement on the band's official website.

Born Robert Burns in California in 1941, Hunter met Grateful Dead frontman Jerry Garcia in 1961 at a local production of the musical Damn Yankees.

The pair didn't immediately hit it off but eventually bonded over music. Hunter would often play mandolin and upright bass in Garcia's pre-fame bands.

Yet he declined an invitation to join the Grateful Dead, going instead to Stanford University.

There he volunteered in a government-sponsored psychedelic research program, ingesting hallucinogens including LSD, psilocybin and mescaline.

The drugs unlocked something in his writing.

"The words jumped from subconscious to the page," he told America's Independent newspaper in 2014. "It was better than the clicking of typewriter keys."

Hunter sent some of his poetry to Garcia, who invited him to become the Grateful Dead's principal lyricist.

He went on to write some of the Dead's most memorable songs, including Dark Star, Truckin' ("What a long, strange trip it's been") and their biggest commercial hit, 1987's Touch of Grey.

The writing process was fluid. Sometimes Hunter would hand bundles of lyrics to Garcia, who would pick the ones he liked and suggest alterations.

On other occasions, he would take inspiration from the band's rehearsal tapes - as on Uncle John's Band, which was famously based around a 40-minute instrumental.

Hunter's personal favourite line was in Ripple: "Let it be known there is a fountain that was not made by the hands of men."

Full of dream-like, psychedelic imagery, his lyrics were a source of fascination and speculation for Grateful Dead fans.

Hunter deliberately forbade the band from publishing his words on their records, adding to the mystery.

"People could dub in their own mishearings, adding a bit of themselves to the song," he explained.

"I've generally found that the words to songs I thought I heard in the works of others were more colourful and enigmatically apt than the words I eventually discovered were intended.

"I assume the same is true of my own work."

After Garcia died in 1995, Hunter worked with the likes of Elvis Costello, Bruce Hornsby and Bob Dylan - with whom he co-wrote the bulk of 2009's Together Through Life album.

"He's got a way with words and I do too," Dylan said at the time. "We both write a different type of song than what passes today for songwriting."

When the Grateful Dead were inducted into the Rock and Roll Hall of Fame in 1994, Hunter was included as a member of the band.

He is still the only non-performer to garner such a honour.

Hunter's family said he had died "peacefully at home in his bed, surrounded by love" on Monday night, with Maureen, his wife of 37 years, holding his hand. No cause of death was given.

"For his fans that have loved and supported him all these years, take comfort in knowing that his words are all around us, and in that way he is never truly gone," the family added.

Grateful Dead guitarist Bob Weir wrote on Twitter: "If I'm gonna count my blessings, Robert Hunter and his imagination are gonna be up at the top of that list. I think I can speak for a lot of people in saying that."

"He explained the unexplainable and the words struck deep," added Hart. "He spun the stories, and he now rides a carpet headed straight to Jerry."