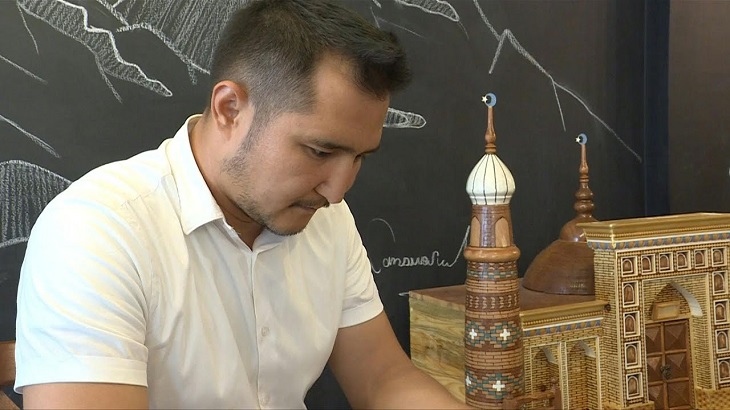 Abdullah Rasul has so little contact with his family in China that it took three months for him to find out that his father was dead.

Like other Uighur refugees from northwest China, Rasul, 35, who now lives in Istanbul, knows that making contact with relatives back home risks them coming under greater scrutiny from the authorities, or worse.

The snippets of news he manages to receive through the restricted communication channels are terrifying, he says.

Facebook is blocked in China, and relatives fear repercussions if caught using other apps such as WhatsApp.

"The last news I got was in May 2018. I was told my mother, two sisters and elder brother were all sent to a re-education camp," he told AFP.

It was also when he was told his father, a village elder in Turpan city prefecture, had died shortly after a meeting with local authorities.

"I don't have news on my other brothers and sisters."

In recent years, China has cracked down on the Uighur community, a mostly Muslim and Turkic-speaking minority in the northwestern Xinjiang region.

Rights groups and experts say more than one million Uighurs and people of other mostly Muslim ethnic minorities have been rounded up in internment camps in the tightly-controlled region.

After initially denying their existence, Beijing now defends the camps, which it calls "vocational education centres", as a necessary measure to counter religious extremism and terrorism.

Rasul, an import-export trader, showed AFP the last video message he received from his father, in May 2017.

He tells his son everything is fine but is nervously looking around, suggesting he feels that he is being watched.

"(A year later) I was told the local government sent him an invitation to 'drink tea', which in China means they have serious questions for you," Rasul said.

"After the meeting, my father left the government office. A few hundred metres (yards) down the road, he passed away."

The Xinjiang government and foreign ministry did not respond to questions from AFP.

Rasul's story is far from unique among the estimated tens of thousands of Uighurs, who have taken refuge in Turkey, the only Muslim-majority nation to have risked China's wrath by supporting their cause.

With a handful of Uighur cafes, shops and businesses, the Istanbul suburb of Sefakoy has become a hub for the community.

At a new martial arts club, members try to keep their culture alive and spirits up.

On a recent evening, the gym was packed with children of all ages, who took a moment to pray before launching into energetic workouts.

Many have parents who moved to Turkey for business reasons, only to be detained during return trips to China after the clampdown, leaving their children stranded in Istanbul.

"We have a lot of children who don't have their parents. They are back home, either in camps or cannot travel to Turkey," said Semerjan Saidi, 31, who helped set up the gym.

Saidi has not spoken to his own family since 2016, after they asked him to cut off contact, sensing the situation was about to worsen.

"They knew something was going to happen, they just didn't know how bad," he said.

Many refugees fled China between 2014 and 2016 when smuggling routes for Uighurs through Central and Southeast Asia were particularly active.

At a Uighur-run cafe in Sefakoy, where locals gather for milkshakes and games of chess, several people told AFP their harrowing stories.

One lost a baby to a fever while fleeing through Vietnam and was so afraid of attracting attention that they buried the child on the side of the road and kept moving.

All the group said they had been unable to speak to their families since the crackdown intensified in 2017, and sometimes before that.

Mahmoud Tavekul, 46, said that he had not seen his wife or four children since leaving the city of Kashgar, in Xinjiang, in 2014.

His brother had been sentenced to life imprisonment over claims he supported independence for the region, and Tavekul faced endless hassle from the authorities, he said.

His hope to later bring out his family never materialised.

"I have no information about my family. The authorities made them remove me from WeChat," he said, of China's most popular messaging service.

"In 2016, I heard from a friend that my wife had been taken into the camps," he added, saying there had been no news since.

Burhan Saiti, a Uighur economics professor teaching in Istanbul, said that it was "impossible" to send any kind of message.

"If we try to contact our relatives, the Chinese government takes them to concentration camps," he said.

The lack of contact has taken a heavy toll on many but they have tried to rebuild a sense of community in exile.

"Because all the people around me can't contact their family, it brings us together. It's not only happening to me, but for all Uighurs," said Saidi, overseeing a kickboxing class at the gym.

"I think if I can do something for these children that don't have their family, then maybe somebody is doing something good for my family there."