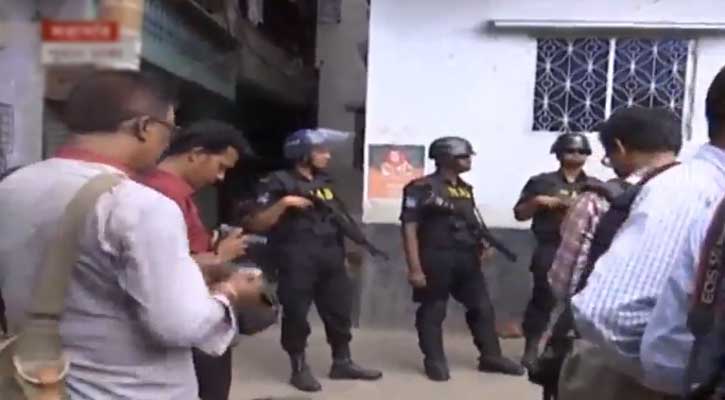 Senior Assistant Director Mizanur Rahman of RAB’s media wing confirming the matter said, “We recovered at least one crore and five lakh Taka cash and 730 Bhori of golds so far. Detailed information will be disclosed after completion of the drive.”

A RAB official said that law enforcers started the drive at a six-storey building in Natun Rasta area of Dayarganj of Murgitola, Baniyanagar. Enamul and Rupom own a flat each at 2nd floor and 5th floor respectively of the building. Both the leaders were alleged to be involved in conducting illegal casino at a club in the capital.

During the drive, the Rab members seized the gold and cash from the building which the two AL leaders occasionally visit, said Rab-3 Commander Lt Col KM Shafiullah.

The drive is going on mainly to arrest them, Shafiullah added.

The people who live in the building are relatives of Enamul and Rumon, according to the sources.

Earlier on Friday, Jubo League leader GK Shamim was arrested along with illegal firearms and huge money from his Niketan office.

On the same day, Rab detained five people, including Kalabagan Krira Chakra president Safiqul Alam Firoz, and recovered a pistol and Yaba from the club office.