Tendency of Corruption: Need or Greed? 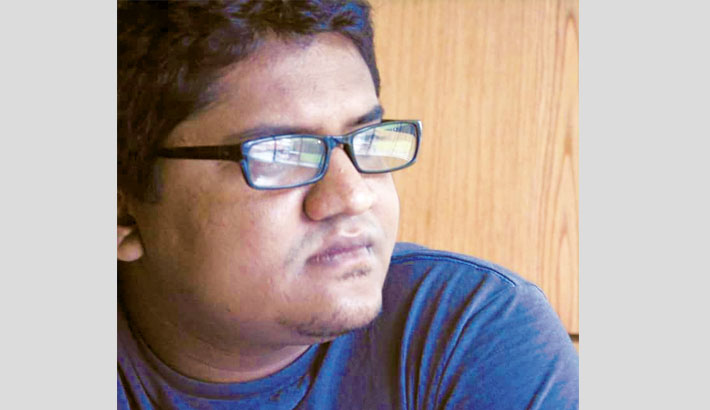 Corruption is generally defined as the misuse of public authority, and political corruption is defined as corruption in which the political decision-makers are involved. There are various forms of corruption like bribery, embezzlement, fraud and extortion. In fact, greed can corrupt all of us. Today the world’s most devastating illness is greed. The greed virus has fully infected our behaviour and even more lamentably, our thinking. Greed has influenced how we deal with others, the environment, politics, education, religion, and our sexual conduct. Human beings are even willing to go to war because of greed; it has made us corrupt. In most dictionaries greed is described as follows: an intense and selfish desire for something, especially wealth, power, food, or other possessions.

On a website that didn’t mention the name of the author, I found this quote: “Money and greed are powerful forces that become corrupting influences on people and their environment. As money is seen to equal power, the wealthy people therefore are seen to have more power, giving them more authority over the poor. This creates a separation in the different socio-economic classes, which ultimately creates inequality in a community. Because of this, greed comes into play, causing chaos as violence erupts in order for a person to obtain what they want. Corruption is seen as those who have higher authority are able to abuse their power and get away with it.” Greed is one of seven basic character flaws or “dark” personality traits. We all have the potential for greedy tendencies, but in people with an especially strong fear of lack-deprivation-greed can become all-consuming.

Corruption in Bangladesh is an all-pervasive phenomenon. Increasing cases of corruption in Bangladesh are becoming a threat to the country’s economy and might affect the nation’s aim of gaining higher growth. Corruption results in grave violations of socio-economic rights, condemns people to extreme levels of poverty and often leads to social unrest. Curbing corruption is therefore critical to the achievement of good governance. That’s why ruling Awami League pledged to adopt a zero-tolerance policy against corruption in the election manifesto. It is well known that corruption is one of the major effects of poor governance. Corruption undermines well-being and quality of life, particularly for the poorest and the most vulnerable people. Poor governance has a negative impact on the poor. Poor governance is a product of dysfunctional relationships between the state and its citizens.

The Awami League president recently expressed anger over various allegations against some Jubo League leaders. Sheikh Hasina didn’t mention any name but hinted at Ismail Chowdhury Samrat, president of Jubo League Dhaka (south) city unit, and Khalid Mahmud Bhuiyan, organising secretary of the unit, said the sources. She warned that she would wipe out errant elements from her party and its front organisations the same way her government dealt with militants.

The development has come just five days after Awami League chief vented her anger. Rapid Action Battalion (RAB) members arrested a metropolitan Jubo League leader from Gulshan area for reportedly running an illegal casino. The arrestee is Khaled Mahmud Bhuiyan, organising secretary of Dhaka South city unit of Jubo League. He is also president of Youngmen’s Club, Fakirerpool where the casino is situated. RAB also arrested Jubo League central committee leader SM Golam Kibria Shamim following a raid at his office in the capital’s Niketan area. The elite force detained seven body guards of the Jubo League leader and seized huge amount of money from his office during the drive. Cash money worth Tk 1.55 crore, some cheques of an FDR (fixed deposit receipt) account worth TK 165.27 crore, various arms and drugs were recovered from the office.

It is noted earlier that corruption is pervasive at all levels of society in Bangladesh. The Code of Criminal Procedure, the Prevention of Corruption Act, the Penal Code, and the Money Laundering Prevention Act criminalise attempted corruption, extortion, active and passive bribery, bribery of foreign public officials, money laundering and using public resources or confidential state information for private gain. Nevertheless, anti-corruption legislation is inadequately enforced. Facilitation payments and gifts are illegal, but common in practice. The anti-corruption commission has never convicted any high-profile politicians or businessmen. Though the Bangladesh government has a right to information act in place, it is not an instrument to gather information as there are no legal or regulatory mechanisms to compel the government to part with relevant information.

It is now widely accepted that corruption among public officials also seriously undermines the quality of governance. Corruption increases bureaucratic inefficiency, reduces tax returns, challenges political legitimacy, and-fundamentally-is unethical. A successful anti-corruption strategy must have an effective and politically neutral mechanism to investigate and prosecute corruption, and a reliable judicial process to punish wrongdoing when it is proved. It is rare to find all these elements in a developing country. There is a major role for civil society organisations to campaign for such reforms.

Awami League promises ‘progress and prosperity’ in election manifesto. The promises contained in the manifesto had drawn an overwhelming response, helping the party win a landslide victory. The people have kept faith in the Awami League that it will deliver on its promises like it did in the past. So Awami League needs to be more cautious to curb both political and administrative corruption. The people of Bangladesh went to the polls to give Sheikh Hasina a third consecutive term ignoring the campaign of misinformation and lies. So it’s the responsibility of Awami League to ensure good governance. We firmly believe that ‘Awami League Can, Awami League Will’.