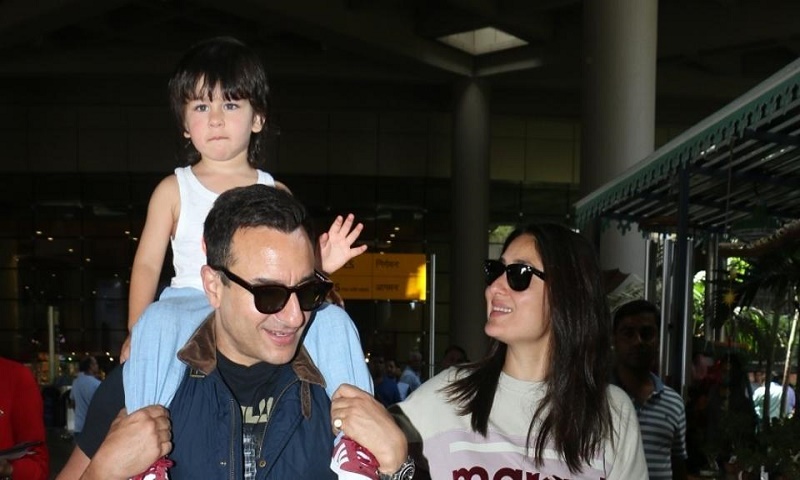 India bollywood actor Kareena Kapoor just celebrated her 39th birthday in the company of husband Saif Ali Khan and son Taimur at the Pataudi Palace. While you still check out pictures of her birthday bash, here is a revelation about Saif’s one habit she cannot stand at all, reports Hindustan Times.

The actor had opened up about Saif’s annoying habit during her appearance on chat show The Love Laugh Live Show. According to a report in DNA, Kareena revealed how Saif often says no for everything and then comes around after some time. She said, “His first instant reaction to anything is ‘No’. I’m like ‘Saif, what to do you want to do? Should we like, try and step out?’. His reaction is, ‘No’. ‘Can I like reupholster the sofa’. ‘No’. And then suddenly three hours later he messages me and say ‘Yeah, I think you should reupholster the sofa.’ So I’m like ‘when I’m telling you why do you always say no’. I think that’s just like a thing.”

She also spoke about how they like to spend their evenings. “An average evening is always like he is reading, lots of candles are lit. Our dinner’s always early, we like to eat in early so like by 7:30 or 8. In fact 3 times a week, he will be like let’s cook, let’s have a bottle of wine and chat and that’s our kind of catchup with Taimur running around. We are playing with him and sitting.”

Kareena also agreed that they don’t like to go to film parties and don’t have too many friends in the film circle despite coming from families of actors.

Kareena has already wrapped up work on her two upcoming film, Angrezi Medium and Good News. She will soon begin shooting for Karan Johar’s Takht. She is currently seen as a judge on dance reality show, Dance India Dance.

Meanwhile, Saif Ali Khan is basking in the success of his web series, Sacred Games, which has been nominated for the International Emmy Awards. He has quite a few films in his kitty including Laal Kaptaan, Jawaani Jaaneman and Tanhaji: The Unsung Warrior. He will also make a special appearance in Dil Bechara.