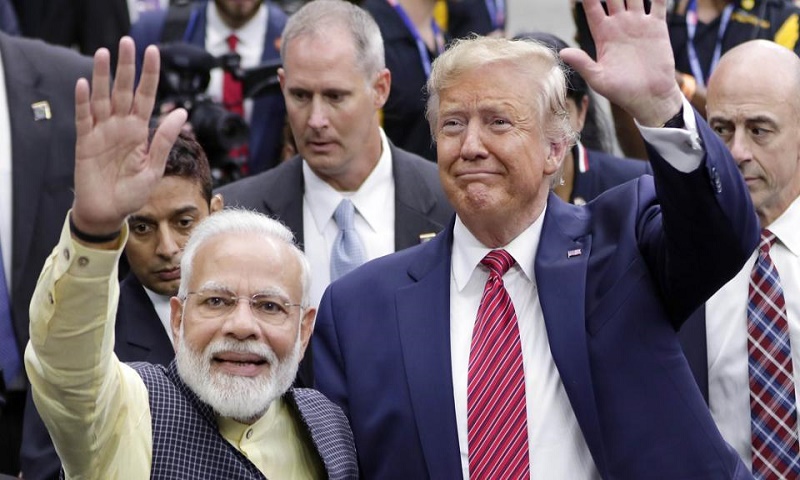 After Indian Prime Minister Narendra Modi and US President Donald Trump shared the stage at the ‘Howdy Modi’ event in Houston, the two leaders will hold a bilateral meeting on Tuesday in New York of USA on the sidelines of the 74th UN General Assembly (UNGA) session, reports IANS.

When asked about Trump saying that he’d heard a “very aggressive” statement by Modi at the ‘Howdy Modi’ event, Kumar declined to reply, saying: “There is a meeting on Tuesday between the Prime Minister and the US President, let us wait for it.”

Trump, who renewed his offer to mediate on Kashmir during a media interaction here alongside Pakistan Prime Minister Imran Khan, said on Monday that he had heard a “very aggressive” statement by Modi during Sunday’s event.

Trump and Modi had shared the dais on Sunday in Houston at the ‘Howdy Modi’ event that was attended by over 50,000 strong Indian diaspora.

During his address, Modi attacked Pakistan as the hub of terror and for the 9/11 attacks and the Mumbai 2008 attacks, and said there should be a definitive war against terrorism.