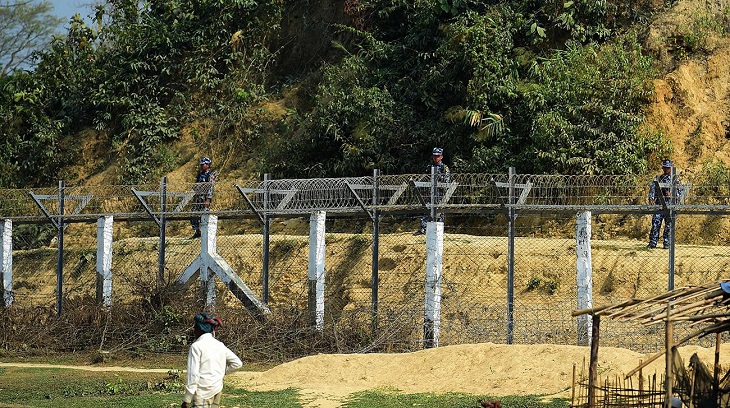 A Rohingya man was killed by a landmine blast in Bangladesh-Myanmar border on Monday afternoon.

The deceased was identified as Abdul Majid, 33, son of Abdul Malek, a resident of Kutupalong D1 camp.

Ghumdum Former UP Member Md Farid said Rohingyas usually cross the border for various purposes. Many of them are involved in drug peddling.

The man was killed as Myanmar’s border security placed the landmine in the zero point area, he added.

Another Rohingya man was killed in this border area on Sept 4.

A total of 13 Rohingyas and a Bangladeshi were killed and 20 others injured in landmine blasts by Myanmar’s border security.