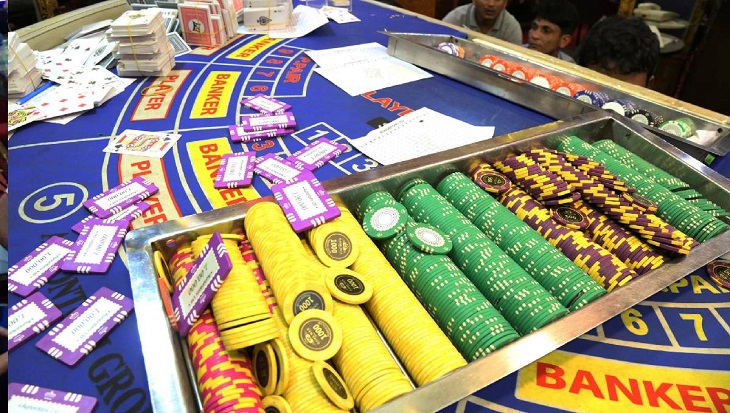 A number of fugitive underworld terrorists, mostly living abroad, were linked to various crimes in capital Dhaka, including the recently found “casino” trade, extortion and tender manipulation with the help of their local associates, according to police detectives.

They said underworld fugitives include Jishan, Nadim, Shahadat and Nasir were dominating the capital’s underworld’s activities including major criminal and illegal activities mostly from abroad, while few from the jail.

After being quizzed by police, the ruling Awami League’s youth front Bangladesh Jubo League (BJL) leader GK Shamim disclosed that he laundered crores of taka made they got by tender manipulation and extortion to Jishan.

Jishan is accused of killing two personnel of the Detective Branch of police in the capital’s Malibagh area.

Meanwhile, Home Minister Asaduzzaman Khan Kamal said the government was determined to bring these underworld criminals under the ambit of law. “We are aware of the wrongdoers. Those, who are criminals, will be arrested regardless of their identity, no matter whether they are godfather or grandfather,” the minister told reporters at his secretariat office on Monday.

Intelligence agencies identified five close associates of Jubo League leader Khaled Mahmud Bhuiyan who ran the casino at the Young Men’s Club at Fakirerpool and were hunting them.

They were identified as Arman of Bangladesh Chhatra League (BCL) the student wing of the ruling Awami League and Rabiul Islam former president of groups South-Dhaka branch. Both fled to Singapore in the wake of the raid in the Young Men’s Club casino, according to intelligence agency.

Two others, Ashraful Islam alias Chasma Ashraful, leader of Bangladesh Jubo League, the youth front of the ruling Awami League, and Sumon, a closed associate of Khaled, remained traceless so far and detectives were trying to find out others who were close to Khaled.

Listed top criminals of Dhaka’s underworld, most of whom were now either in jail or abroad, but in the name of them, criminal activities like extortion and casino business, was going on in the capital.

Businessmen, particularly the owners of export-oriented garment factories, wealthy people and senior government officials often received phone calls from the criminals for extortion money and were subjected to inhuman torture or even assassination if they failed to meet their demands.

Officials said the gangsters are well organised in the city and have been carrying out criminal activities in the name of their underworld dons.

“These criminals do not issue threat only to intimidate people.  They mean business and will harm their targets if they refused to pay the money demanded,” said one businessman.

Another businessman Faisal of Mirpur-1 alleged that a unanimous caller, introducing him as a cadre of notorious criminal Shahadat, recently demanded Tk 2 lakhs from him.

“If you want to run your business properly, keep the money ready or face the dire consequences” the unidentified caller threatened Faisal.

Security sources said, these criminals erased healthy sporting activities from sports clubs and turned them into a crime zone.

As darkness fell, the club turned into a haven for all kinds of wrongdoing where the mafia dons, gamblers and beautiful ladies gathered to while away time gambling or taking drugs.

Although these criminals belonged to the ruling party, but some belonged to the opposition Bangladesh Nationalist Party (BNP) politics, but changed their allegiance with the change in regimes making it to leadership positions.

They earned huge amount of money daily from the casinos and laundered most of it abroad using different methods.

Competent sources said “Every night, around Tk 70 to 80 crore exchanged hands in the roulette of the clubs of Dhaka. Of this, the owners had an average profit of Tk 50 crore. About 40 percent of the money would go to Nepali citizens and a large portion of money was given to police and political leaders.