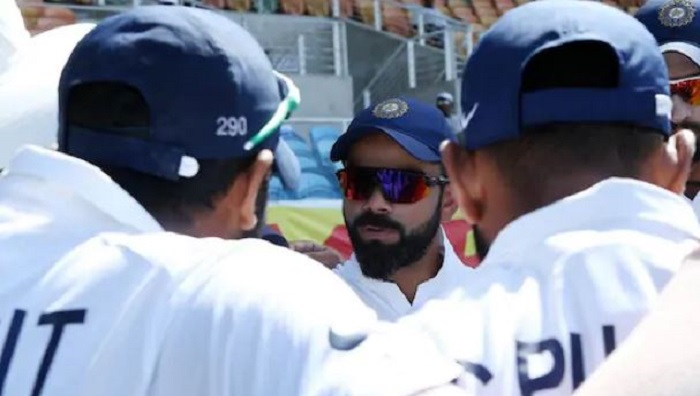 Hanuma Vihari has made a bright start to his Test career by notching up three half-centuries and a century in six appearances. His only century came in the Kingston Test against the West Indies where he also forged a key partnership with India skipper Virat Kohli.

Hanuma Vihari admires Virat Kohli alike many other youngsters. The 25-year-old feels Virat Kohli sets example with his work ethics and can be idolised.

"He (Virat Kohli) sets an example - on the field and off the field, with the work ethic he has. He is an inspiration in the dressing room, especially for youngsters. We look at him like an idol and someone who we can follow," Hanuma Vihari said in an interview to thecricketmonthly.com.

With an average of 45.60 in Test cricket, Hanuma Vihari has already earned praises from his captain Virat Kohli. Kohli had said, the dressing room feels calm when Vihari is batting, during India's tour to the West Indies.

Vihari had shown his temperament during the West Indies tour which also earned him a place in the home Test series against South Africa.

With the home Test series slated to begin from October 2, Vihari will be one of the Indian players to watch out for along with Shubman Gill, who earned his maiden Test call-up.

Vihari, 25, holds an average over 60 in first-class cricket. He has scored 6,272 runs in this format and also holds an unbeaten triple century to his name.