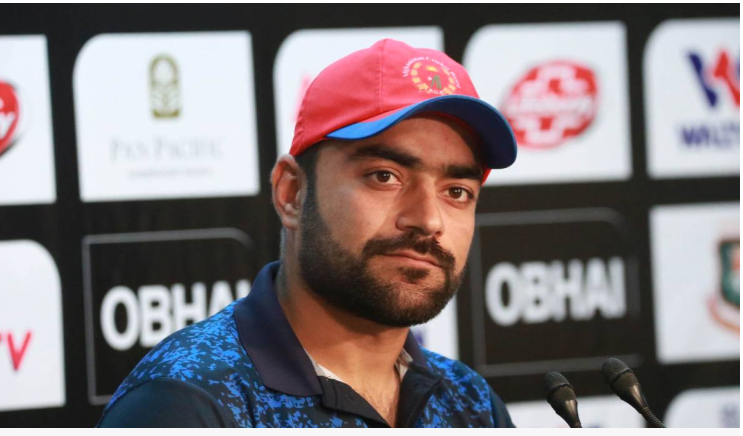 Afghanistan captain Rashid Khan has sustained a hamstring injury on of his left leg in the last game against Bangladesh in Chattogram. Despite this blow, the right-arm wrist-spinner is eager to play in the final of the Tri-series T20 on Tuesday against Bangladesh.

“We really don’t focus on ours when it comes to the country. We are from a country that wants us to win games. For winning a game for our country, we can play even we have not a hand,” Rashid told the media on Monday at the pre-final press conference at Sher-e-Bangla National Cricket Stadium.

“As we have seen Asghar had an appendix operation in Zimbabwe in the qualifying round (of the World Cup), he came in the field after four days of the operation and said ‘I will play’. The youngsters are learning from it. If I have 10 percent chance to play, I’ll go for it because I love my country and my country wants me to win the games, and this is the most important thing to me than myself,” Rashid added.

In the ongoing series, Rashid bagged six wickets so far. He played the main rule for his team to qualify for the final. But he suffered a blow during the fielding in Chattogram. Due to the blow, he was uncertain for the final. But the 21-year-old right-arm wrist-spinner said he is eager to take part in the final of the tri-series against Bangladesh.

In the last game, he was advised not to bowl with the pain that he has sustained then. But Rashid came in and bowl three overs taking two wickets, which has worsened his injury.

“Our physio and coach had told me not to bowl with the injury. But I wanted to understand how bad the injury is. So I came down and bowled. I think I should not have bowled in that match. But I love my country and I want to do my best for my country,” Rashid further said.