500 Pak terrorists on stand-by, India warns of response at "any level" 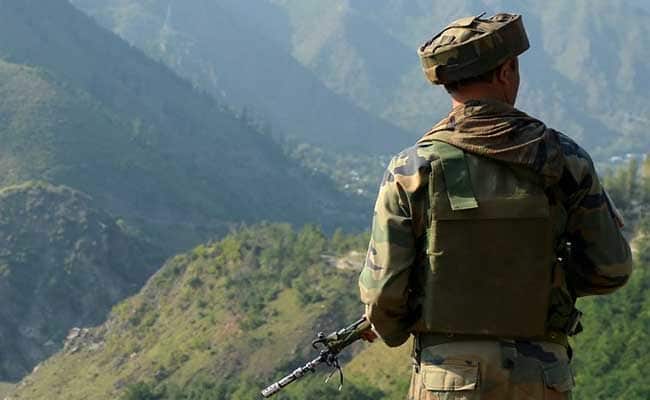 Close to 500 terrorists are waiting at terror launch pads in Pakistan to infiltrate into India but the military is ready to respond "at any level, any range, anywhere", army sources said on Monday. Security agencies are said to be preparing for a major terror threat around the festival season, far more serious than in previous years.

This morning, Army Chief General Bipin Rawat confirmed that Pakistan had very recently "reactivated" the terror camp in Balakot, which was bombed by India in February in response to a suicide attack at Jammu and Kashmir's Pulwama in which 40 soldiers were killed.

General Rawat said terror camps were active along the Line of Control and about 500 terrorists were waiting to infiltrate into India.

The Army Chief was asked whether the response to the "reactivation" of Balakot would be similar to the February 26 strikes by the Indian Air Force, when a dozen fighters went deep inside Pakistan and dropped bombs on the sprawling terror compound.

"Why must you expect repeat of a similar thing, earlier we did something, then we did Balakot, why must we repeat? Why not keep the other side guessing as to what we will do? Why tell him what we are going to do, why not keep him guessing, why say repeat, why not something beyond that," General Rawat had responded.

The information on the "revival" of Balakot came four days ago, say sources. The nature of the threat, they say, is "presently far more serious" than ahead of the festival season during other years. The number of terrorists waiting to cross over is double that in the past three years.

"Our response will be at any level, any range, anywhere. Adequate plans are prepared," army sources told NDTV, adding, "15 Corps, based in Srinagar, isn't only for defensive operations."

It is estimated that 60 terrorists have crossed over in the last two months, at the Line of Control as well as the International Border.

Four or five terror launch pads are believed to be ready to push in terrorists. The increased activity, say sources, is linked to Pakistan's anger over India's decision on August 5 to scrap special status to Jammu and Kashmir and split it into two Union Territories.

Pakistan downgraded ties with India and resolved to internationalise the issue which, India has asserted repeatedly, is its internal matter.

There have been reports that Pakistan is giving terrorists like Masood Azhar a long rope to regroup because of tensions with India, despite its claims to the world community about a crackdown on terrorists operating from its soil.

Responding to inputs of heightened threat perception in the run-up to several festivals, sources say while troops are not being pushed in for now, there are adequate forces everywhere.

"The window for terrorist infiltration starts closing in by November depending on the sector ... Gurez-Kargil-Machhil-Keran-Tangdhar-Uri close down, in that order, usually depending on snowfall, and open up for infiltration in the opposite way," said army sources.