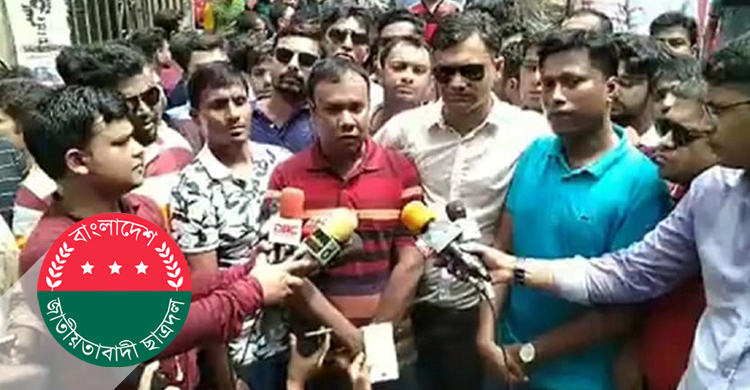 Judge Nusrat Sahara Bithi of the fourth assistant judge's court of Dhaka passed the order while hearing a writ petition this afternoon.

The court asked President Fazlur Rahman Khokon and General Secretary Iqbal Hosen Shyamol of the JCD to show causes within seven days why their committee shall not be declared illegal.

“The court has imposed temporary embargo on the activities of the Chhatradal committee and also asked the president and general secretary to show causes why their committee shall not be declared illegal,” concerned bench-clerk Kalyan Kumar Saha told media.

The court on September 12 imposed temporary embargo on Chhatradal council, allowing a plea filed by religious-affairs secretary Amanullah Aman of the last committee.