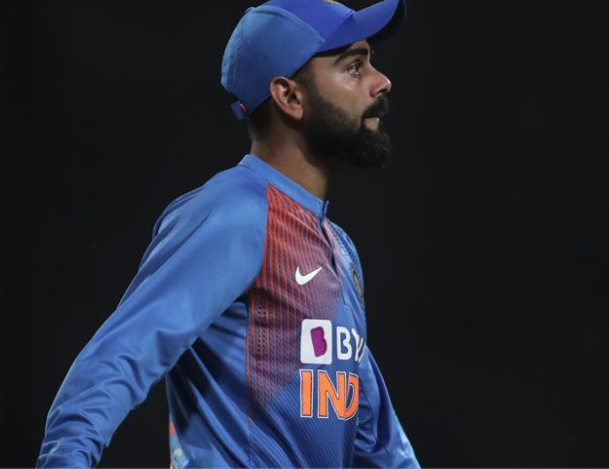 India captain Virat Kohli on Monday was reprimanded by the ICC after being found guilty of inappropriate physical contact with South Africa’s Beuran Hendricks in the 3rd T20I in Bengaluru on Sunday. In a statement on their official website, the international cricket body wrote: “India captainVirat Kohli has received an official warning and one demerit point after being found guilty of a Level 1 breach of the ICC Code of Conduct during Sunday’s third T20I against South Africa.”

In addition to the warning, one demerit point was also added to Kohli’s discipinary record, marking his third offence since the introduction of the revised Code in September 2017.

“Kohli now has three demerit points after having got one demerit point each during the Pretoria Test against South Africa on 15 January 2018 and against Afghanistan in the ICC Men’s Cricket World Cup 2019 on 22 June,” the ICC statement added.

The incident on Sunday took place in the 5th over of India’s innings, when Kohli hit bowler Hendricks’ shoulder while taking a run. The charges against Kohli were levelled by on-field umpires Nitin Menon and C K Nandan, third umpire Anil Chaudhary and fourth official Chettihody Shamshuddin.

“Kohli admitted the offence and accepted the sanction proposed by match referee Richie Richardson of the Emirates ICC Elite Panel of Match Referees, and as such, there was no need for a formal hearing,” the ICC statement added.

A rebuilding South Africa registered their first big victory with a nine-wicket thrashing of favourites India, squaring the T20 series 1-1 at the M Chinnaswamy Stadium on Sunday, producing an all-round show after Virat Kohli opted to bat on a pitch that promised plenty of runs but his batsmen failed. Quinton de Kock (79*) and Reeza Hendricks (28) built on the platform set by paceman Beuran Hendricks (4-0-14-2) and left-arm spinner Tabraiz Shamsi (4-0-23-1), who left the visitors chasing a modest 135. South Africa eased to 140/1 from 16.5 overs.