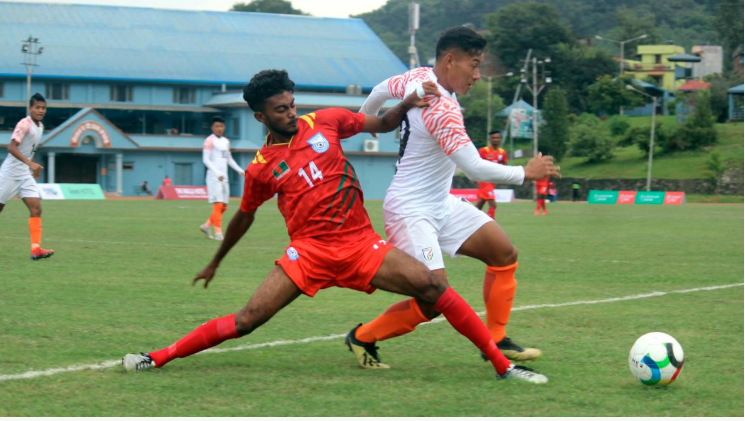 Bangladesh reached to the semi-finals of the SAFF Under-18 Championship’2019 with unbeaten run after playing a goalless draw against their giant neighbor India in the 2nd and last group match at APF Stadium in Kathmandu on Monday.

Last times runners-up Bangladesh, which made a flying start beating Sri Lanka by 3-0 goals in their first match on Saturday, dominated the group securing four points from two matches.

India followed Bangladesh securing one points from first group B match and will play their 2nd and last group match against Sri Lanka on September 25 to decide the other semifinalists from the group.

In the day’s match, both Bangladesh and India tried their best for results but ultimately failed.

In a post-match reaction, Bangladesh Head Coach Andrew Peter Turner said, “I am happy with the teams’ overall performance today (Monday). We have successfully executed our plans in the field and all of our players gave their best in the game. We will try to continue this game in the semis.”