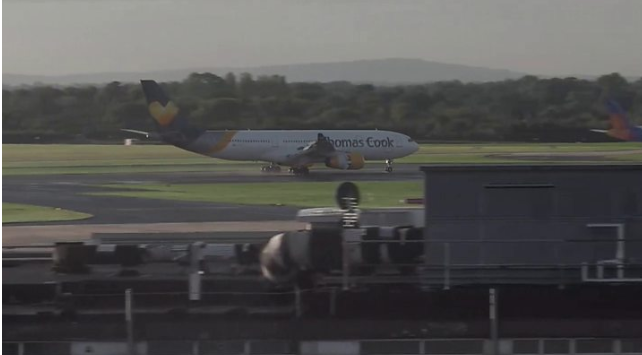 The biggest peacetime repatriation is underway after travel agent Thomas Cook collapsed on Monday, bringing 150,000 Britons back from overseas.

The UK's Civil Aviation Authority (CAA) is co-ordinating efforts to fly the tourists home after the tour operator "ceased trading with immediate effect".

Thomas Cook's administration puts 22,000 jobs at risk worldwide, including 9,000 in the UK.

Boss Peter Fankhauser said the collapse was a "matter of profound regret".

Thomas Cook, whose roots go back to 1841, went bust after last-ditch talks to raise fresh funding failed. The BBC understands the government was asked to fund a bailout of £250m, which was denied.

Some 16,000 holidaymakers were booked to come back on Monday, and authorities hope to get at least 14,000 of them home on chartered flights.

The CAA - an arms-length body set up by the Department for Transport (DfT) - has chartered 45 jets to bring customers home from locations including Central America and Turkey. It will fly 64 routes on Monday in an undertaking called Operation Matterhorn.

Operators including easyJet and Virgin have supplied some aircraft, with jets coming from as far afield as Malaysia.

All Thomas Cook holidays are now cancelled and customers will need to seek compensation via the government's Atol scheme, or from their credit card or insurance companies.

Some passengers trying to get home have reported queues and disruption at airports, while others complain they have been left in the dark about what happens next.

What is the government doing?

"I fear it would have kept them afloat for a very short period of time and then we would have been back in the position of needing to repatriate people in any case," he said on the BBC's Today programme.

The company's large debts and High Street-focused business made it a poor candidate for survival, he said.

Overall, Operation Matterhorn will cost the taxpayer around £100m, he added.

Shadow chancellor John McDonnell told the BBC the government should have bailed out Thomas Cook, "if only to stabilise the situation while a real plan for the future of the company could be addressed".

Prime Minister Boris Johnson pledged to help stranded holidaymakers, but also questioned whether company directors were properly motivated to "sort such matters out".