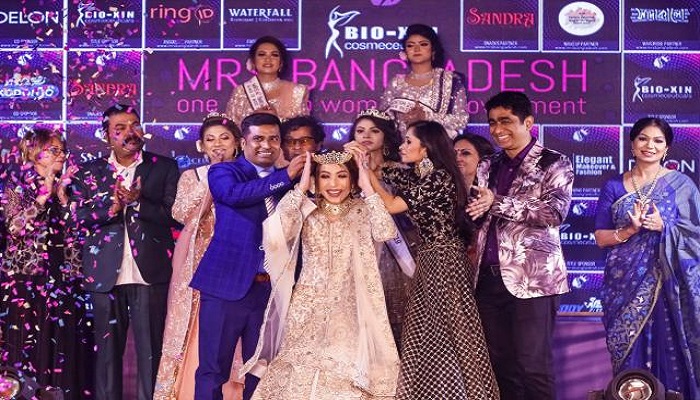 The first beauty competition for married women in Bangladesh was held in Dhaka on Saturday evening where Munzarin Mahbub Aboni became the first ‘Mrs Bangladesh’ in the history.

Aboni is a model and a social activist who won Tk one lakh prize money on the evening at Gulshan Club.

Apurbo Abdul Latif, head of the competition organizing body said, “No such event with talented married women was held before in Bangladesh." The event is aimed at women empowerment and creating awareness of empowering women to take them one step further.”