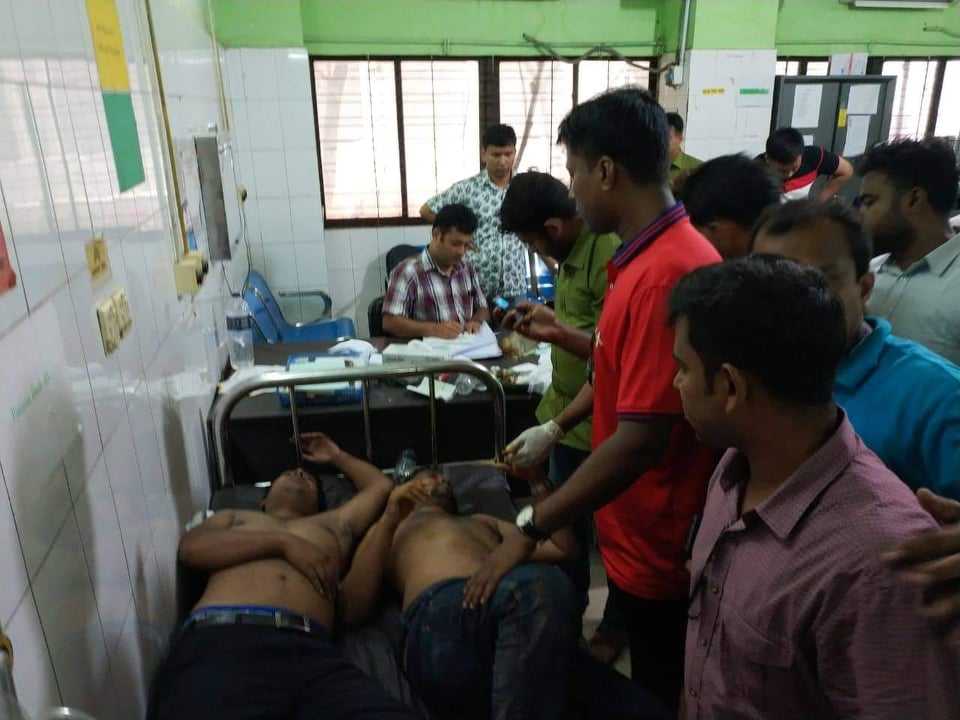 At least 20 leaders and activists of Jatiyatabadi Chhatra Dal (JCD) were injured in an alleged attack by pro-government Bangladesh Chhatra League (BCL) on the Dhaka University campus on Monday.

They also beat up three journalists when they were filming the incident.

Several of the injured were admitted to Dhaka Medical College and Hospital's emergency department.

The incident took place when newly-elected General Secretary of JCD Iqbal Hossain Shaymal, accompanied by some other activists, went to Hakim Chattar on the campus at 11:45am, witnesses said.  After sometime, BCL DU unit President Sanjib Chandra Sarker asked them to immediately leave the campus.

They also beat up three campus journalists while they were filming the incident.